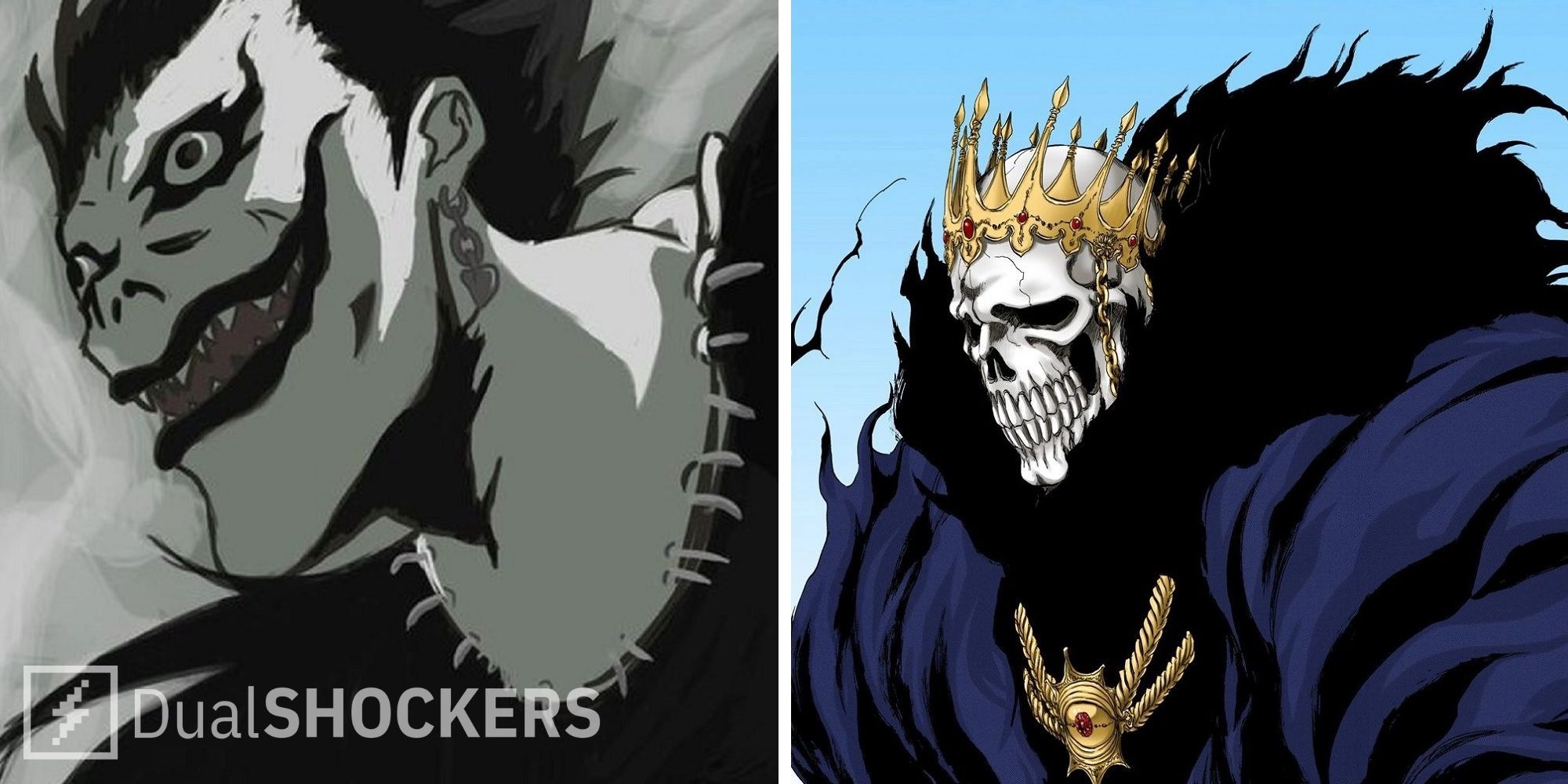 While most anime characters desire greater strength and fear defeat, the only problem in Saitama’s life is that he cannot find a worthy opponent. It’s just a matter of punching, and his enemies are dead meat. And most of the time, that punch doesn’t even have to be serious.

One Punch Man is about to get its third season, and Saitama has yet to find an opponent he can test his full potential with. But being the strongest character in the One Punch Man series doesn’t mean Saitama is invincible. There are a handful of anime characters who can easily crush it.

Anos is a demon lord once known as the Demon King of Tyranny. The only time Anos was defeated was when he gave his life for a greater cause. He then reincarnated into the magic age after two thousand years. Anos even defeated the gods of his universe, making him the strongest being ever.

His strength level is terrifying, and he could bring down planets, solar systems, and multiverses with a single blow. Once he moved the moon with his hands to create a solar eclipse, and in another instance he lifted an entire castle and spun it on his index finger. Considering Anos’ strength, he might not even consider Saitama a worthy opponent.

Don’t go for her innocent face; Rimuru Tempest is one of the strongest anime characters who can easily defeat Saitama. Saitama can handle enemies in melee with ease, but what about an enemy with magical powers? Rimuru’s list of powers is endless.

Even though Saitama is able to punch Rimuru, Rimuru has the ability to regenerate quickly after taking damage. Since he can easily stop time, Saitama has no chance to fight against him. Once Rimuru freezes time, he can use several of his other magical powers to defeat Saitama.

Battle isn’t just about exchanging kicks and punches. Sometimes it’s as simple as picking up a Death Note and a pen and writing down your enemy’s name. There is literally nothing Saitama can do against Ryuk, the god of death. Since he can’t touch him, he can’t use his signature move, Serious Punch, against Ryuk.

Once Saitama’s name is written in the notebook, he is gone. The reason we chose Ryuk instead of Light is that if they both stand against each other, Saitama won’t give Light time to lift his pen.

Baraggan Louisenbairn is one of the main antagonists of the famous anime Bleach. He is an Arrancar in Aizen’s army, and his immense spiritual powers can easily defeat Saitama. The deadliest ability he can use against Saitama is Senescencia, with which he can slow time near him.

It doesn’t matter how fast Saitama is; once Baraggan Louisenbairn uses this technique, Saitama will become extremely slow. Another specialty of this attack is that Baraggan can rot anyone he touches, aging them in an instant. So even if Saitama could match his physical strength, he doesn’t stand a chance against his mystical powers.

Zeno from Dragon Ball Super couldn’t just defeat Saitama but could end everyone in the One Punch Man universe. He is the god of the multiverse and is so strong that he can obliterate the entire universe with a single thought. If Saitama infuriates Zeno, he can kill him without even raising his hand.

Some of you might be wondering: what if Zeno had to fight him, keeping that power aside? Well, Saitama still doesn’t stand a chance, because Zeno is immortal. Therefore, even if Saitama uses all of his strength, he cannot do major damage to him. As Zeno can easily copy anyone’s abilities, he can fight them becoming anything he wants while remaining immortal.

We pitted Saitama against various powerful human beings and even gods. Now let’s compare it to a computer program. Lain is an omnipresent and omnipotent being who has complete control over the real world and The Wired. In simpler terms, she can manipulate the entire universe as she sees fit.

Lain isn’t your usual anime character who would use his powers to show off his dominance. In fact, she would be less interested in fighting Saitama, and even if she did, it wouldn’t be fair to call it a fight as we would only be witnessing one-sided torture. She could manipulate time, manipulate all the information in Saitama’s head, and even erase his mere existence.

4/10 Featherine (Umineko when they cry)

Umineko is surely a lesser known series but features overpowered anime characters, and Featherine is one of them. She is a witch who serves as a master for multiple games, and her level of power is beyond the universe. Much like Lain, Featherine also has the ability to manipulate the universe.

Her only known weakness is the crescent-shaped memory device on her head, which helps her retain knowledge about her appearance, personality, memory, and basically herself. Thus, the only way for Saitama to steal the victory is to destroy her memory device, but she is highly unlikely to let him anywhere near her.

Saitama is an angel of death to most of his opponents, especially when he gets serious, but that’s the problem with Accelerator – the more streaks Saitama gets, the more he threatens his own life because Accelerator’s ability allows him to cast his opponent’s ability comes back to them with even more force.

As evidenced by recent chapters of One Punch Man, Saitama gets serious for the first time and destroys Jupiter, making him a threat on a planetary level. But, Accelerator is seen as a universe-level threat in its ultimate form. The same goes for his defenses.

As Saitama fights against threats to his city or at most, threats to Earth, Antispiral and his tribe’s beings battle those who threaten the entire universe. It’s hard to understand Antispiral, but you can think of him as the supreme being who’s been around since the creation of the universe.

To call Saitama a worthy opponent would be a disgrace to Antispiral, given their godlike characteristics. It is difficult to tell the difference between the universe and Antispiral as they have existed from the beginning. From mind manipulation and power mimicry to time travel and erasing existence, there’s literally nothing Antispiral can’t do.

He is the main antagonist of Eyes of Heaven in JoJo’s Bizarre Adventure and comes from an alternate universe. As a result of achieving his goal of obtaining Heaven, he became the possessor of divine powers that far surpass Saitama’s in every way. Heaven Ascension Dio is a well-known character from the manga but has yet to make it into the anime adaptation. You can enjoy the character in the game Jojo’s Bizarre Adventure: Eyes of Heaven.

Now let’s talk about some of his overwhelming powers that Saitama wishes he never had to deal with. Dio became capable of wiping out a person or all of reality if he wished. Even if Saitama tries to throw Serious Punch at him, Dio can stop time to escape the attack. Even if he manages to strike, Dio can regenerate immediately. Mind manipulation, lightning attacks, and teleportation are some of his other impressive powers.

NEXT: Anime Characters Who Can Defeat Goku