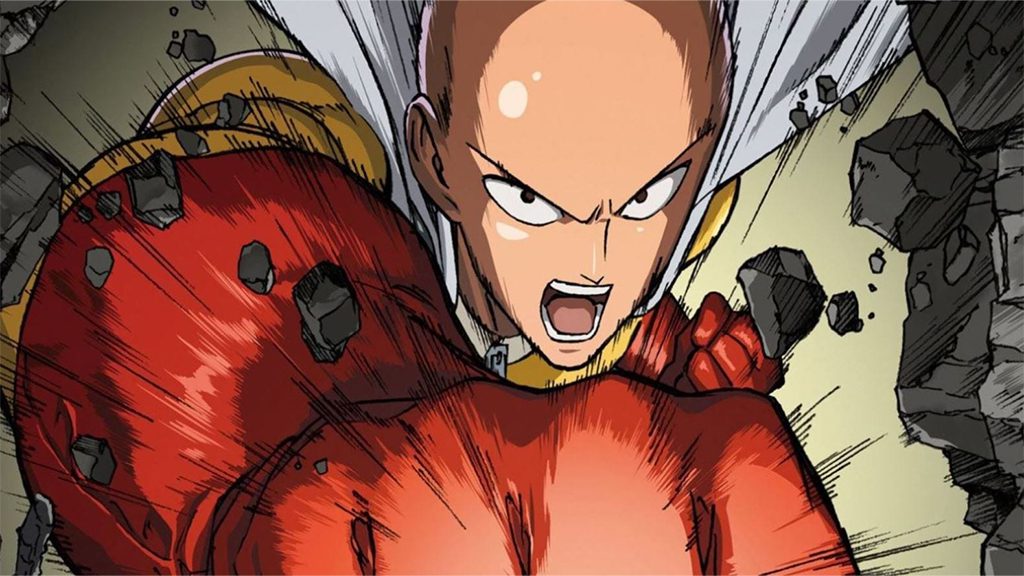 Which 15 characters can beat Saitama from “One Punch Man”? Is there a character who can take out the “superhero for fun”? These kinds of questions have been circulating the internet ever since the release of the One Punch Man anime. The anime started airing on October 5, 2015 and had two seasons with 12 episodes in each season. Plus, there are 12 extra special episodes to enjoy on top of the two seasons. ONE is the creator of this series, since the anime is the adaptation of its manga of the same name. The manga is also a remake of its light novel released in 2009. You can enjoy this stunning anime on Netflix.

The story revolves around a normal wage earner, Saitama, who one day decides to become a superhero. Therefore, he trains to become strong, so he can fight monsters. His workout plan includes 100 sit-ups, push-ups, squats and finally a 10k run. This basic training led him to become the strongest man every day. Saitama is so strong now that he only needs one punch to defeat his enemies. A great man once said that with great power comes great responsibility. However, for our superhero, Cape Baldy, with great powers comes great boredom. As he has become so strong that he now gets bored of knocking down enemies with a single punch. Thus, he seeks a worthy opponent who can fight against him.

It can therefore be difficult to find someone from the One Punch man universe to search for a character who can defeat him. Thus, we will go through different anime to find 15 characters capable of beating Saitama. Therefore, read this article to find out who are the fifteen names that can accomplish this feat.

This man is the protagonist of the series ‘Fist of the North Star’ and also the man behind this epic line, “Omae wa mou shindeiru”. Kenshiro practices Hokuto Shinken, an ancient martial art where the user strikes the user’s weak points. The damage is not external but internal, because you might think nothing happened, but then your body explodes. Ken also uses his opponent’s strength against them. Thus, he can be expected to use the power of Saitama’s punch against him and hit his weak spot. Before Saitama punches Kenshiro, he hears him say the epic catchphrase and then Saitama could taste the power of his own punch.

This octopus-like creature with a yellow smiley face might not seem dangerous to you. But he was once a renowned assassin known as The Reaper. Later, he was caught and took part in an unauthorized experiment, where his body was enhanced with anti-matter. Thus, he has the power to move at superhuman speed, possesses superhuman strength and reflexes. He also has immunity to poison and can also regenerate. Not to mention he destroyed 70% of the moon. Thus, Saitama will struggle against Koro-sensei, and sensei can even beat Saitama. Also, Caped-Baldy can’t kill him until he has sensei killer material weapons.

She is a master alchemist who can even practice alchemy without a transmutation circle. As she once failed human transmutation, allowing her to perform alchemy by simply joining her hands. And let’s not forget that she is also an expert fighter, having a lot of experience in hand-to-hand combat. However, she may not need to engage in melee combat with Saitama, as Izumi can simply shatter Saitama into tiny molecules and then rebuild him into iron ore. 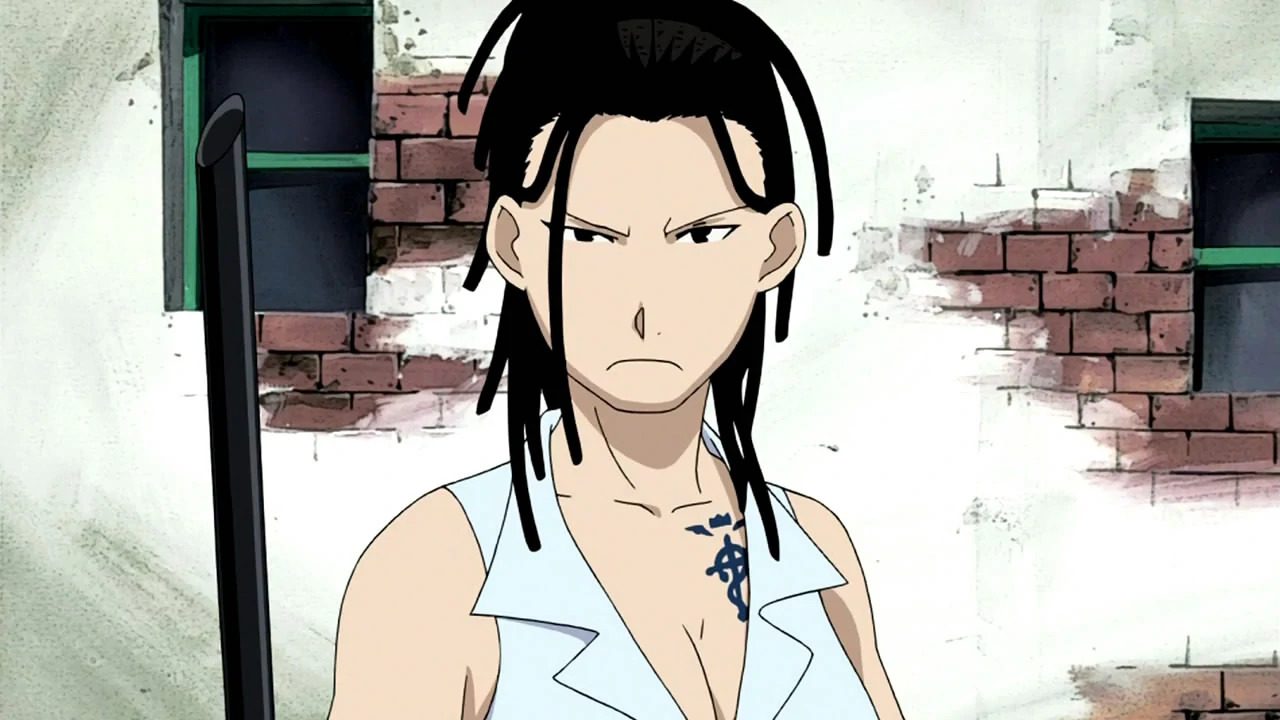 He may look like a goofy, optimistic, laid-back man, but don’t go with his appearance as Urahara is actually a Shinigami and also the former captain of the 12th Division. He is also the first president of the Shinigami Research and Development Institute. Additionally, Urahara is incredibly strong and has inhuman speed and reflex. Also, he can control spiritual energy. Not to mention his sword, Benihime, which can reconstitute anything it touches. If Urahara opposes Saitama, he can either split Saitama’s soul or possibly rebuild his body back to when Saitama was an average man.

Saitama is a comical character who doesn’t look like someone with insane powers. But can still take down gigantic monstrous with ease. Saiki is also a character that doesn’t look special at all. But this guy learns new psychic abilities like every day. He can change gender, control space-time and even a person’s memory. There are speculations that Saiki can obtain more psychic abilities. So he can take Saitama back to when he had hair, or he can order Saitama to hit himself. You can say Saiki is like Toronado from One Punch Man but give Tornado cheat codes.

This guy is the eleventh prince and the 99th emperor of the British Holy Empire. However, being royal will be of no use against Saitama. But this man is a genius strategist and has a special visual power, Geass. This power allows him to order anyone to do anything, but the ability can only be used once. So if this handsome prince meets the Caped Baldy, he can just order Saitama to kill himself or just hit himself with his most devastating punch. Thus, Lelouch is a character who can easily beat Saitama.

Don’t let the look fool you. This young girl may look cute and innocent, but don’t forget about her crazy quirkiness. Eri has the ability called Reversal, which allows her to return the body of any living being to its previous state. Thus, Eri will have the upper hand over Saitama. She can do a lot with him, such as going back to his days as a normal man with hair, turning him into a child or a baby, or even ending his existence. Thus, Eri is one of the characters capable of beating Saitama.

This notorious pirate is known as the “surgeon of death” and also the captain of Heart Pirates. Law can not only push Saitama to the brink, but also defeat him in seconds. The Pirate is a Devil Fruit user, and his fruit is Ope Ope no Mi, which allows him to manipulate the fabric of space into a sphere or aura cube. Using his powers, Law can simply separate Saitama’s body and rearrange it in such a way, preventing Saitama from using his strength. Additionally, Law can also remove Saitama’s heart like he did against Caesar Clown, then he can destroy Saitama’s heart.

Now, this man might not have superhuman strength or combat skills. But it might take Light a minute to kill Saitama. After all, Light Yagami has the Death Note, which allows him to kill anyone and also decides how he dies by simply writing his name in the notebook. So Light only has to come up with a plan to get Saitama’s full name. It’s also not that difficult for ‘Kira’ as he can get a job in the hero association or in the police with his skills. So Light Yagami will get all the information he needs about Saitama from the database.

This Japanese beauty is Light Yagami’s girlfriend and also another Death note user. So, like Light, she can also kill Saitama by simply writing his full name on the death note. However, Misa is superior to Light in Death Note usage, as she also possesses Shinigami eyes. With her eyes, she can see Saitama’s full name and then write it down in her notebook. So Misa doesn’t have to plot Light Yagami to get Caped Baldy’s full name.

Saitama should never face the god of death himself. Ryuuk might be the worst enemy Saitama can face, as he can’t see or touch him until Ryuuk allows him to hit a death note. Ryuuk wouldn’t kill Saitama, however, but if Saitama eats all of Ryuuk’s apple stock. Then the consequences would not be great for the “superhero for fun”. Since Ryuuk has a death note and also being a Shinigami, he can see Saitama’s full name and will simply write it down in his notebook.

The first homunculus in existence and also known as Homunculus the Dwarf in The Flash. He is the most powerful alchemist of all time. Even Izumi Curtis is like a little girl in front of Father. Moreover, he has been alive for several centuries, because he is immortal because he has countless philosopher’s stones. Saitama should never underestimate this man, as he can simply turn Saitama into a single cell with just a touch. No matter how many hits he gives this homunculus, he’s a character who can beat Saitama.

3. Rimuru Tempest (The Time I Got Reincarnated as a Slime)

Slimes are the weakest characters in video games and most anime. But the same cannot be said for Rimuru Tempest. As this cute and little slime is incredibly strong, and don’t forget about his abilities. Of all of Rimuru’s abilities, the most menacing is the Predator, which allows him to devour an individual and gain his abilities. If Saitama goes against Rimuru, he can just devour the superhero. Then Rimuru himself can transform into One-Punch Man.

This man has saved the Earth countless times and faced planet-destroying tyrants to the God of Destruction. Not to mention, he himself is a god now. Goku is a martial arts master, can detonate energy bombs, has a strong physical body, and also has insane reflexes. Moreover, Goku can also fly and has an arsenal full of transformations to increase his power. He could be the opponent Saitama was looking to fight. Even if Saitama pushes Goku over the edge, he can come back and devastate Saitama.

Who can be stronger than the king of the multiverse? This child-like person is the most dangerous person there is. He can annihilate an entire universe without a second thought, like a child destroying a bored toy. If Saitama becomes a nuisance to Zeno, then he only needs one finger to erase not only Saitama but the entire universe Saitama lives in. So, the Omni King, Zeno, is a character that can easily beat Saitama.