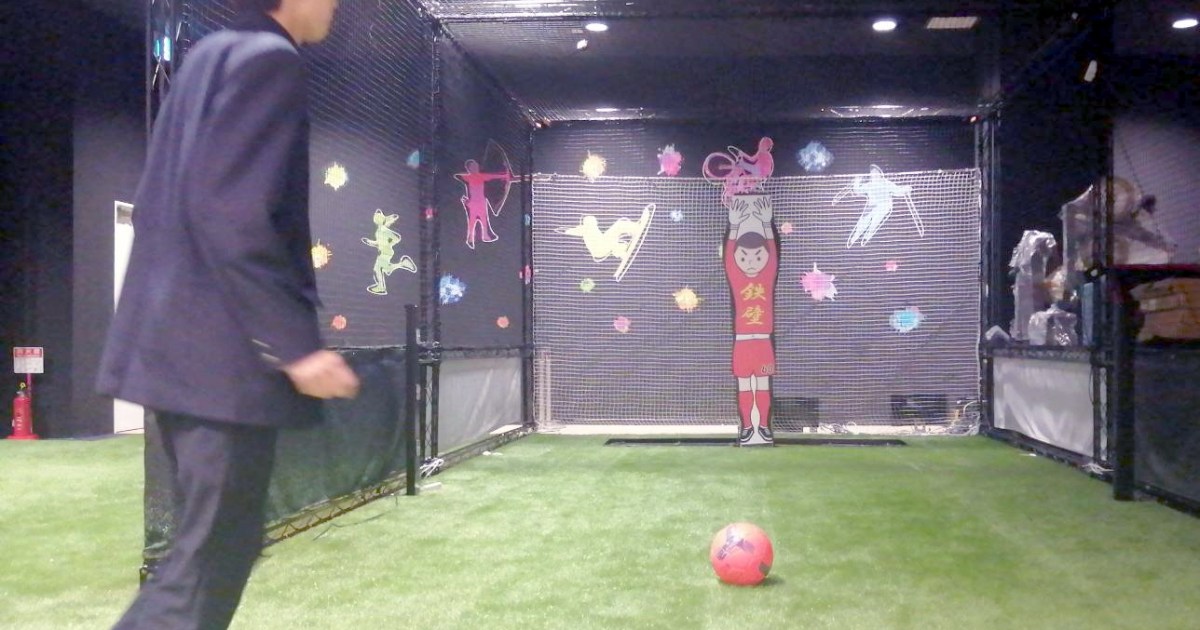 For some time now, we’ve had robots capable of displaying lightning-fast reflexes and reacting to movement and images faster than a human eye could perceive. Fortunately, this has so far only had implications for paper, rock, scissors, and most popular sports that have been spared robotic domination.

For example, if someone used the same high-speed image processing in the paper, rock, scissors robot and applied it to, say, a soccer goalie, it would be unstoppable. And that’s exactly what sports tech company Air Digital set out to do by creating what they playfully call an “SGRGK” or “Super Great Robo Goalkeeper”, which is a nod to SGGK from Captain Tsubasa.

After years of development, they are now starting to roll out what they have officially named Guardian Teppeki-kunor “teapekimeans “iron wall” in Japanese. Unlike other robotic goalkeepers, Teppeki-kun uses advancements in AI to boast a compact size and efficient power consumption, allowing it to be easily installed and used in most sites.

It also has a wide range of settings and functions. Difficulty can be adjusted as desired, up to 99% block rate. During this time, the Auto level adjustment mode may determine an appropriate difficulty based on an analysis of the player’s shot. Additionally, there is a Miss Fashionwhich Teppeki-kun will intentionally dive into once or twice, just so you don’t feel too bad.

▼ Teppeki-kun is also immune to dirty looks, grimaces, and even stinky eyes

Teppeki-kun will measure shot speeds and provide video replays if needed. It even comes equipped with a crash prevention protocol that prevents it from colliding with players in a potentially injurious situation.

Its debut is set for the grand opening of Sports 60 & Smart on April 28 at the Ario Washinomiya Mall in Kuki City, Saitama Prefecture. This sports center was developed by Air Digital and offers a range of AI-equipped sports training facilities in a range of sports such as baseball, cycling and archery.

Air Digital also plans to rent the systems to other venues, so be sure to keep an eye out for goalkeeper Tappeki-kun or some of their other gear in the future at a location near you.

Unfortunately, this also means that the days of humans enjoying football are numbered. Once Skynet comes online and strikers around the world get crushed by an army of AI Guardians, our last hope will be to capture a Teppeki-kun unit and send them back in time to find a young Pele. and convert it into an ageless cybernetic scoring machine. .

That, or we could just take our balls and go play somewhere else… But I still vote for an immortal cyber-Pelé.

Source, images: PR time
● Want to be up to date with the latest articles from SoraNews24 as soon as they are published? Follow us on Facebook and Twitter!