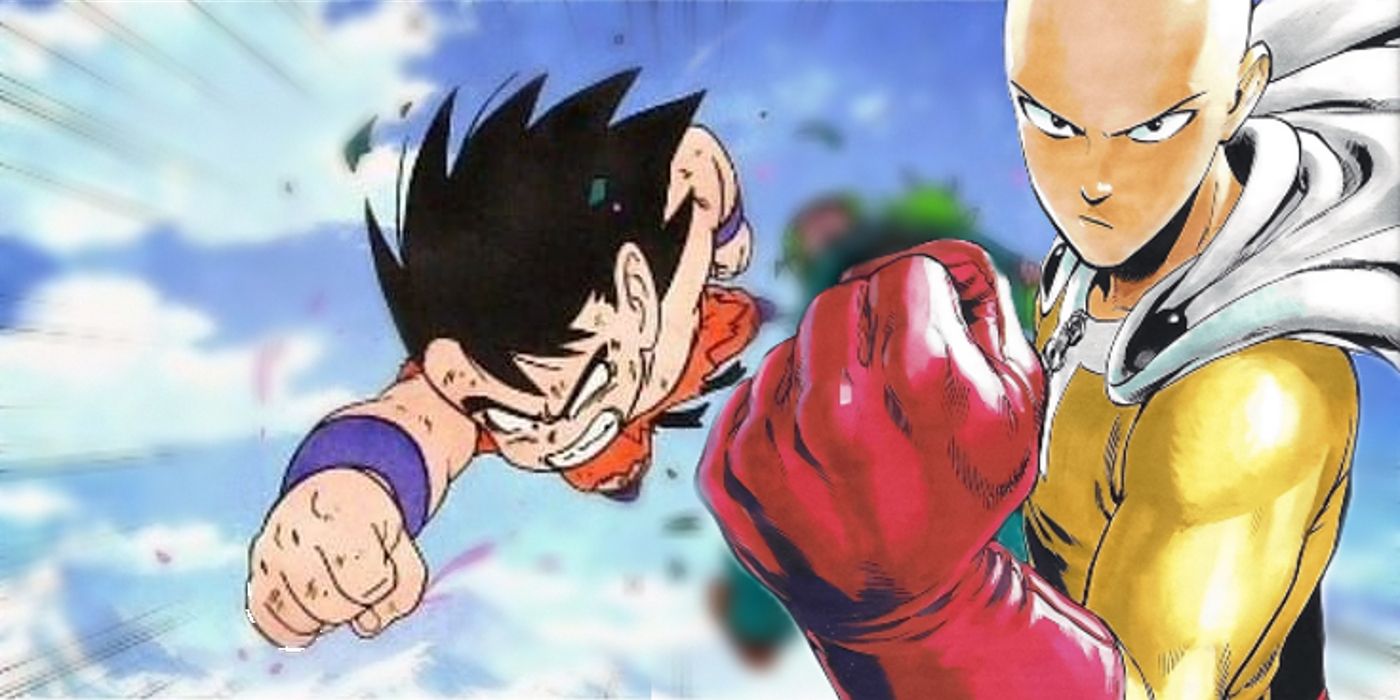 Manga fans know that Goku from Dragon Ball is strong, but when he was a kid, he punched harder than any attack from Saitama from One-Punch Man.

In the early days of dragonball, Goku managed to pull off some absolutely ridiculous gags, ones that would leave other powerful characters like The man with one fist Saitama clear in the dust.

Dragon Ball Chapter 7, titled “Yamcha and Pu’ar” introduces the aforementioned Desert Bandits, putting them in direct conflict with Goku, Bulma, and Oolong. In the next chapter, Goku and Yamcha fight over their collection of Hoi-Poi capsules. Although surprised at his initial strength and relationship with elderly martial artist Son Gohan, Yamcha manages to send Goku flying through stone pillars with his Wolf Fang Fist. Goku, however, turns out to be just fine and responds with his own technique – the Janken, otherwise known as the Fist of Rock, Paper, Scissors.

Using this technique, Goku’s palm crush achieves a feat that blurs the line between fiction and reality. Kid Goku smashes Yamcha through the edges of the manga panel, shattering the panels entirely. Saitama, the titular hero of One-punch man was long considered a gag character until the fight with Boros where he had to use more than one punch to defeat the alien warlord. While that gag of being able to defeat anyone with a single punch isn’t quite true, Saitama’s Serious Series: Serious Punch still carried impressive weight by being able to split the atmosphere, a show of force requiring several petatons of energy. This punch, however, pales in comparison to the actual gag of being able to smash a manga panel.

At the start of the world of Dragon Ball, the limitations placed on each character were much more liberating, allowing Goku to achieve his smashing feat. While Saitama’s signature punch is incredibly strong, bordering on multi-continental power levels, it still falls short of the fictional transcending Janken attack Goku used on Yamcha. While Saitama may be known as One-punch man, by Goku ridiculous palm crush in dragonball could make him aim for the title next.

Power Girl Returns as a Hero in the DC Universe