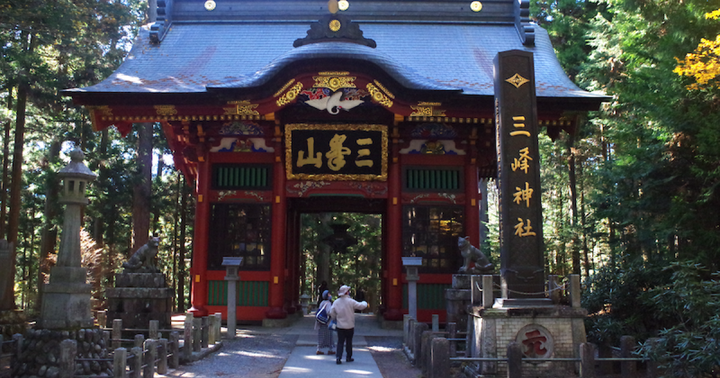 Saitama (CRYPTO:SAITAMA), a token launched in late May, has soared 673% in the past 90 days, eclipsing negative returns of 32.15% from Dogecoin (CRYPTO: DOGE) in the same period.

This healthy increase in the value of the coin and the fact that I am placed a short train ride from Saitama – the Japanese prefecture where the token takes its name from – inspired me to make a cryptocurrency pilgrimage very unique this fall.

What is SAITAMA? The SAITAMA cryptocurrency white paper mentions a mysterious “ghost dog” that is said to be roaming the mountains of the eponymous region. According to the document, Mitsumine Shrine in Saitama is dedicated to the “wolf-like beast”.

Interestingly, there is a dichotomy in the name of the token – at least according to its whitepaper. In English, the token is called “The SAITAMA”, but in Japanese it is called “Saitama Inu”.

The SAITAMA ecosystem is made up of a “smart” wallet called SaitaMask, a marketplace called SaitaMarket, and the non-fungible token launch platform SaitaMaker.

The white paper states that the token performs 2% redistribution and greater than 2% burn on every transaction.

SAITAMA’s Telegram community channel has 49,174 members at press time, while the official Twitter page has 168,700 followers.

As of press time, the token has a self-reported market cap of around $2.9 billion. The coin can be purchased through Uniswap and Poloniex exchanges, among others; most of the volume is on the latter.

The legend behind SAITAMA: Mitsumine Shrine, the Shinto shrine mentioned in the white paper, is about an hour and a half from Seibu Chichibu Station by bus. Since Mitsumine Shrine is also a great place to view Japan’s fall colors, I decided to kill two birds with one stone.

The sanctuary was founded by Yamato Takeruwho climbed to the top of Mount Mitsumine en route to present-day Gunma Prefecture. 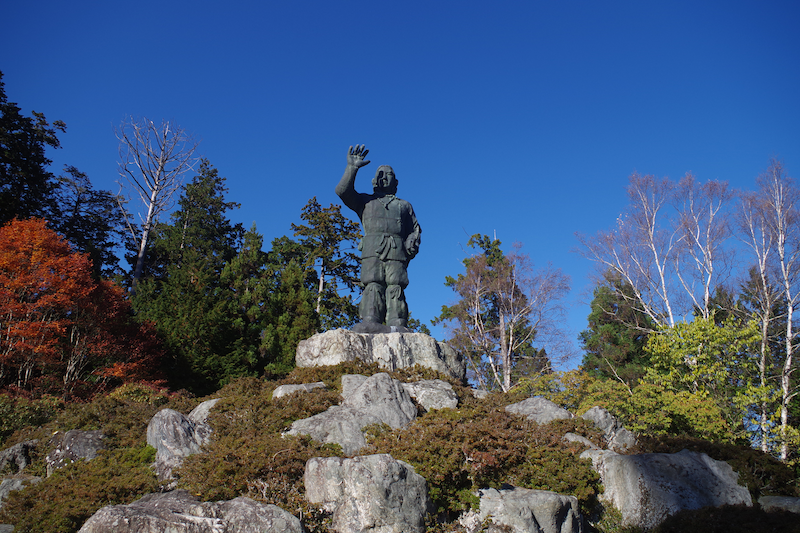 Statue of Yamato Takeru – The founder of the shrine

Yamato Takeru, on a mission for his father Emperor Keiko, consecrated the two gods, Izanami-no-mikoto and Izanagi-no-mikoto, on the spot, according to the shrine’s website.

It is said that Yamato Takeru was guided to Mount Mitsumine by a Yamainu or a mountain dog – In ancient times, wolves were often called mountain dogs. Legend has it that the guide wolf was referred to by the honorary title “O-inu-sama” by the people.

See also: Elon Musk asks to become the new ‘CEO of Dogecoin’ but gets snubbed in favor of this good girl

I visited the sanctuary as the maple leaves reached their peak and the surrounding mountains were awash in vivid fall colors. This is a period when the sanctuary receives hundreds of visitors.

The entrance to the shrine has a giant Torii gate. Two guardian wolves are established here to protect the path leading to the sanctuary. 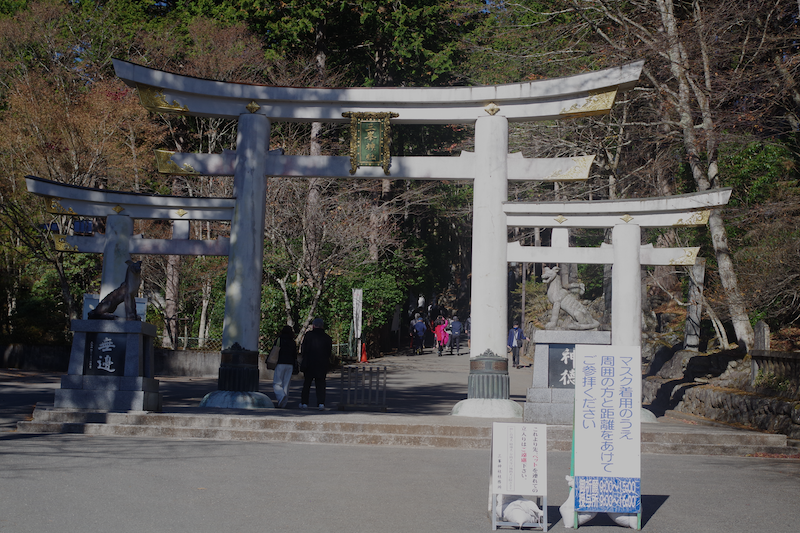 Going down a shaded path, you reach an intersection with a path leading to the main shrine.

The brightly colored shrine has its own Torii, but this time the walkway is more ornate. Of course, this entrance also has its pair of guardian wolves. 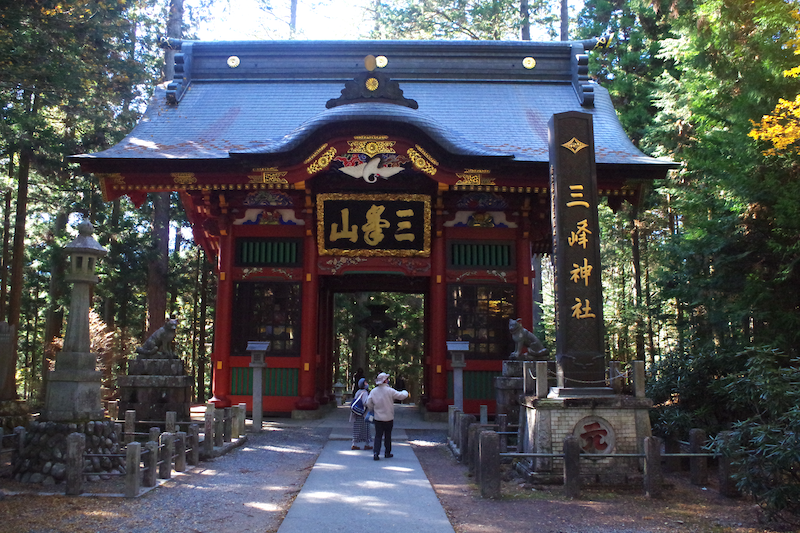 A staircase leads to the main shrine, where visitors can flip a coin in a box and pray. The method is to bow twice, clap twice, and bow again to the consecrated gods. 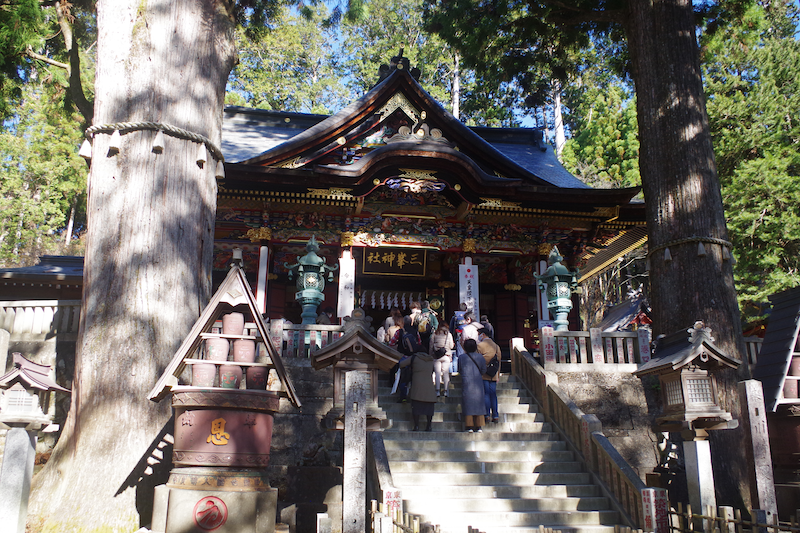 People wait to pray at the shrine

The magnificent ornate roof of the building is striking and immediately catches the eye of any visitor.

Near the shrine, it is possible for visitors to buy protective charms called O-mamori. 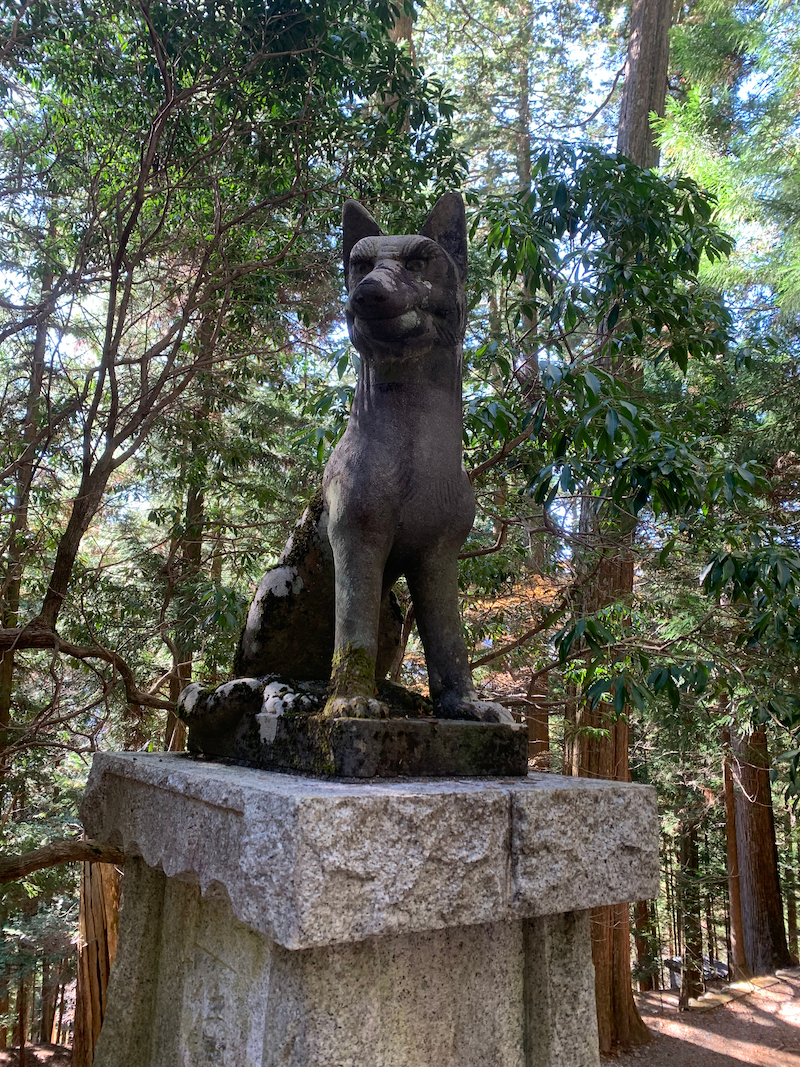 A statue of a guardian wolf at Mitsumine Shrine

The guardian wolf associated with the Mitsumine shrine is said to have protective powers against various perils such as fire or theft and thus the charms sold by the shrine are meant to protect against such dangers.

Equally beautiful, although smaller, are other shrines near the main building. 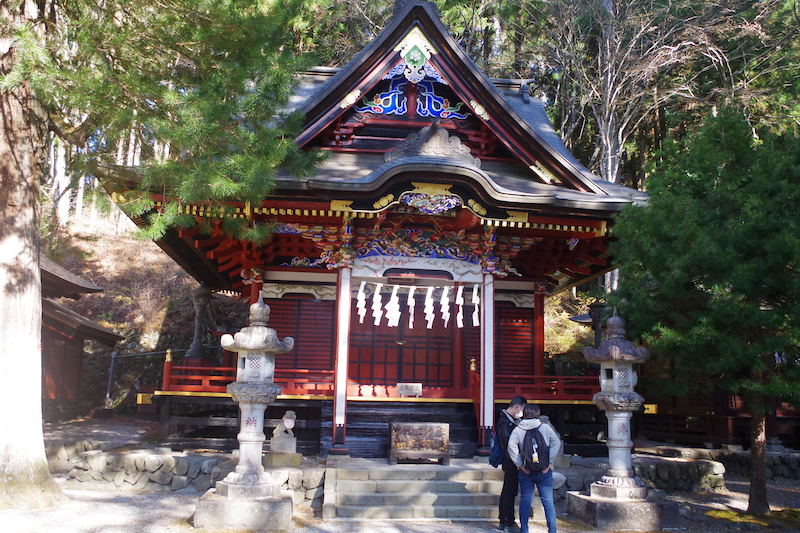 There are also smaller shrines within the complex

Another stairway from the intersection leads to a scenic viewpoint from where the beautiful fall landscape is visible. 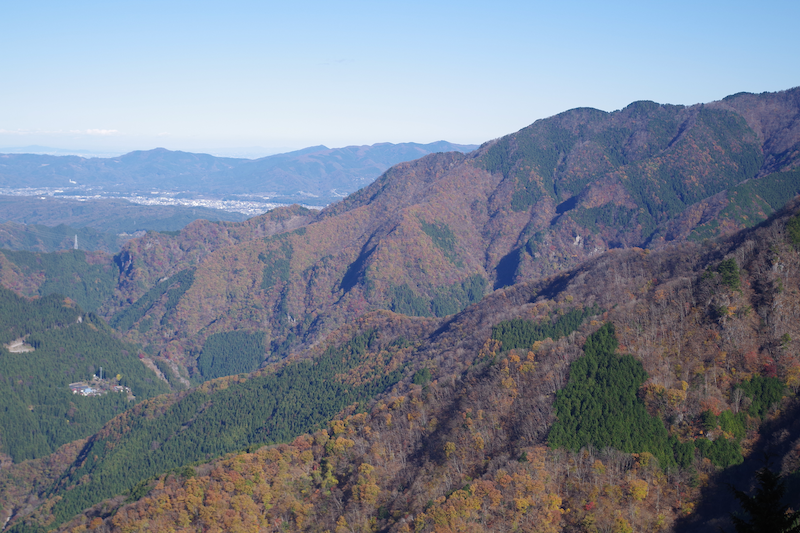 Fall colors visible in the mountains from the viewing platform

The serene viewing platform faces the main shrine complex called Okunomiyawhich is placed on yet another mountain.

See also: The Shiba Inu community declares war on those who spread “fear, uncertainty and doubt” — inspired by Sun Tzu

A feast in Saitama: At the entrance to the passage are many shops and restaurants that sell souvenirs, snacks and serve delicious food. 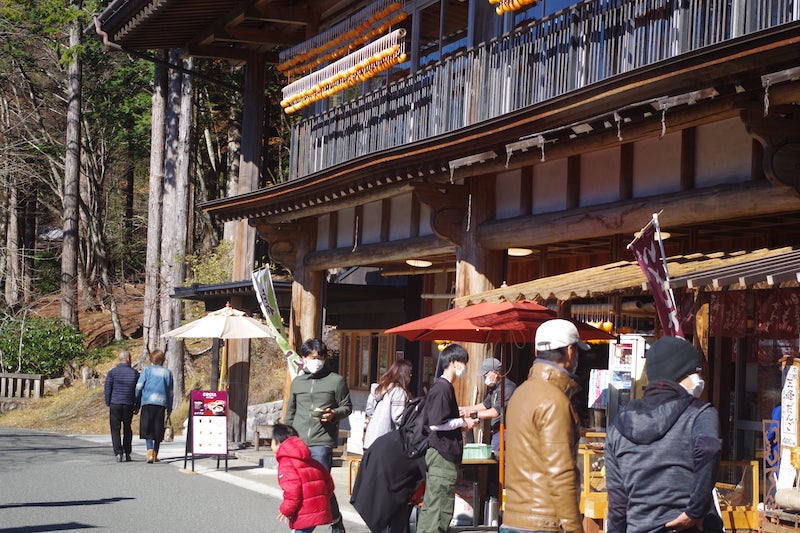 When I visited, persimmons were hung out to dry in one of the restaurants, which also served dumplings called dango, miso odenwhich is a dish made from konjac and fermented, roasted soybean paste yamame — a trout-like fish. 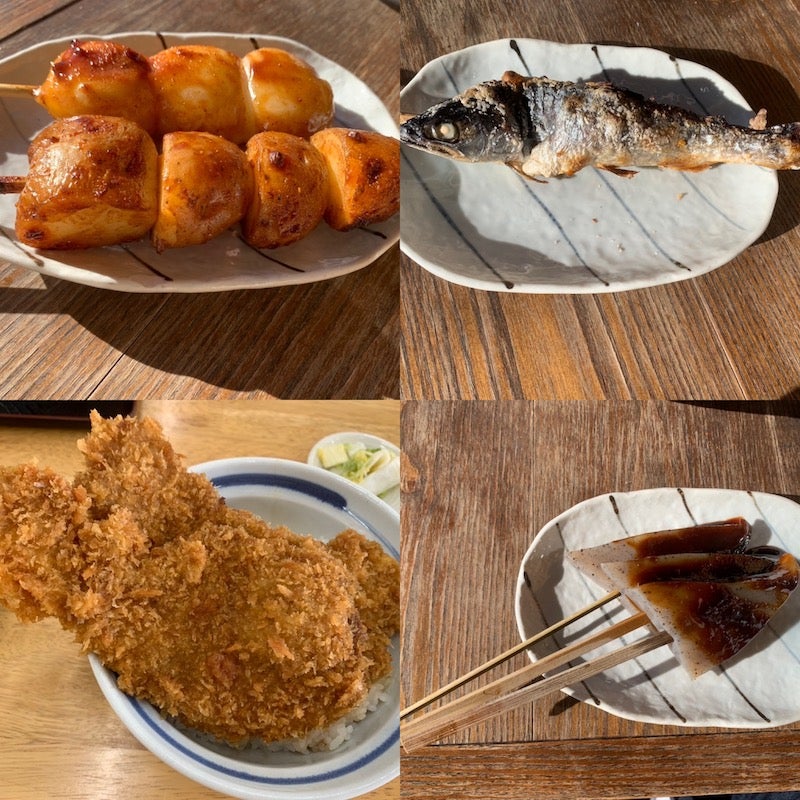 Also on the menu was miso potatoes, which are grilled potatoes on skewers covered in a rich, flavorful soybean paste.

I also ate katsudona rice dish served with pork cutlets called waraji tonkatsuwhich were delicious and a specialty of the region.

The only downside is that none of the restaurants or stores seem to accept SAITAMA, but with its growing popularity, that means that won’t change in the future.

Read more : Did the FBI CoinMarketCap warning cause the Saitama Inu coin price to crash?