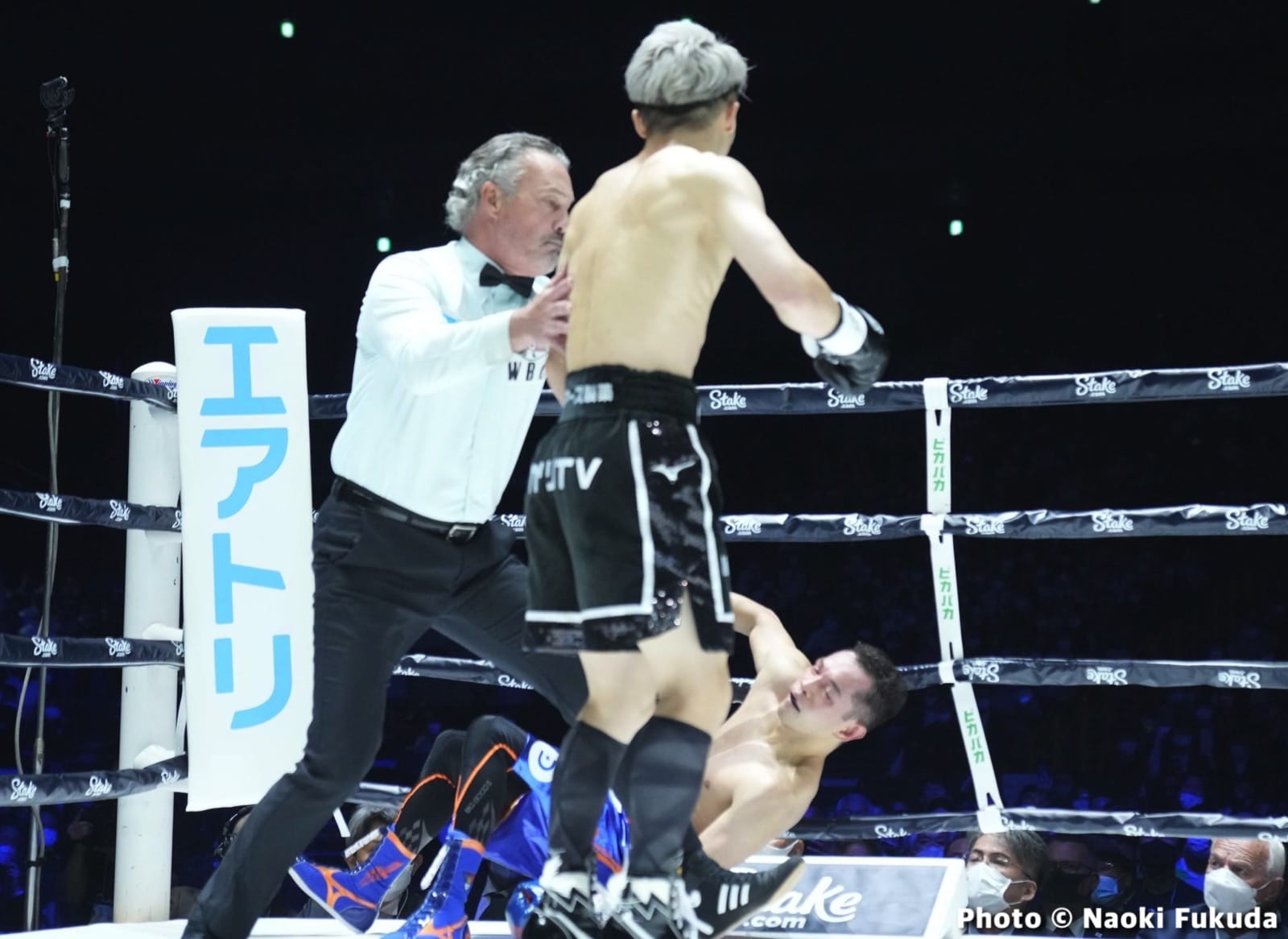 Naoya ‘Monster’ Inoue (23-0, 20 KOs) made it easy by smashing WBC bantamweight champion Nonito Donaire (42-7, 28 KOs) in a second-round knockout on Tuesday night in their clash of unification on ESPN+ at the Saitama Super Arena in Saitama, Japan.

Inoue, 29, entered the contest as the IBF/WBA bantamweight champion and dropped Donaire, 39, in the first round. In the second, Inoue finished Donaire with huge punches. The fight was interrupted at 1:24 of the round.

Naoya Inoue is going to have to stay in one piece in this fight for him to have any chance of winning because Donaire was smashing his face piece by piece the last time they fought. What Donaire showed was that Inoue’s facial bones weren’t designed to be nailed down by a fighter with his kind of strength.

Donaire has looked like a completely different fighter since losing to Inoue three years ago. This loss instilled confidence in Nonito, making him realize he is a killer at 118 and capable of beating Inoue if he can land more of his shots than last time.

When the contest ended, Inoue looked like the loser, with a broken nose, a fractured left orbital bone, and a severed right eye.

Nothing has changed since the two met. On the contrary, Donaire is even more powerful, destroying Nordine Oubaali and Reymart Gaballo in a pair of fourth-round knockouts.

Donaire took Inoue’s best shots and kept coming, delivering punishment to the Japanese star. Although Inoue had the crowd on his side at the Saitama Super Arena in 2019, that didn’t stop Donaire from chasing him non-stop, unloading with powerful left hooks and right hands that rearranged the star’s face. Japanese.

The undercard for the Inoue-Donaire rematch leaves a lot to be desired, and it’s obvious that the money from this promotion goes to the headliner fighters. There’s literally nothing to see on the undercard unless you’re a huge fan of Inoue’s brother, Takuma.

The undercard is so incredibly bad that it’s the type where you just tune out, change channels, or sit by the coffee machine drinking one cup after another waiting for the main event.

Nonito Donaire will look to take down undefeated pound-for-pound star Naoya ‘Monster’ Inoue to bring him down to earth in their rematch on Tuesday night, June 7, live on ESPN+. Three of the four bantamweight titles will be contested in this fight.

The start time for the event is 5:30 a.m. ET, which means it won’t be seen live by many Americans.