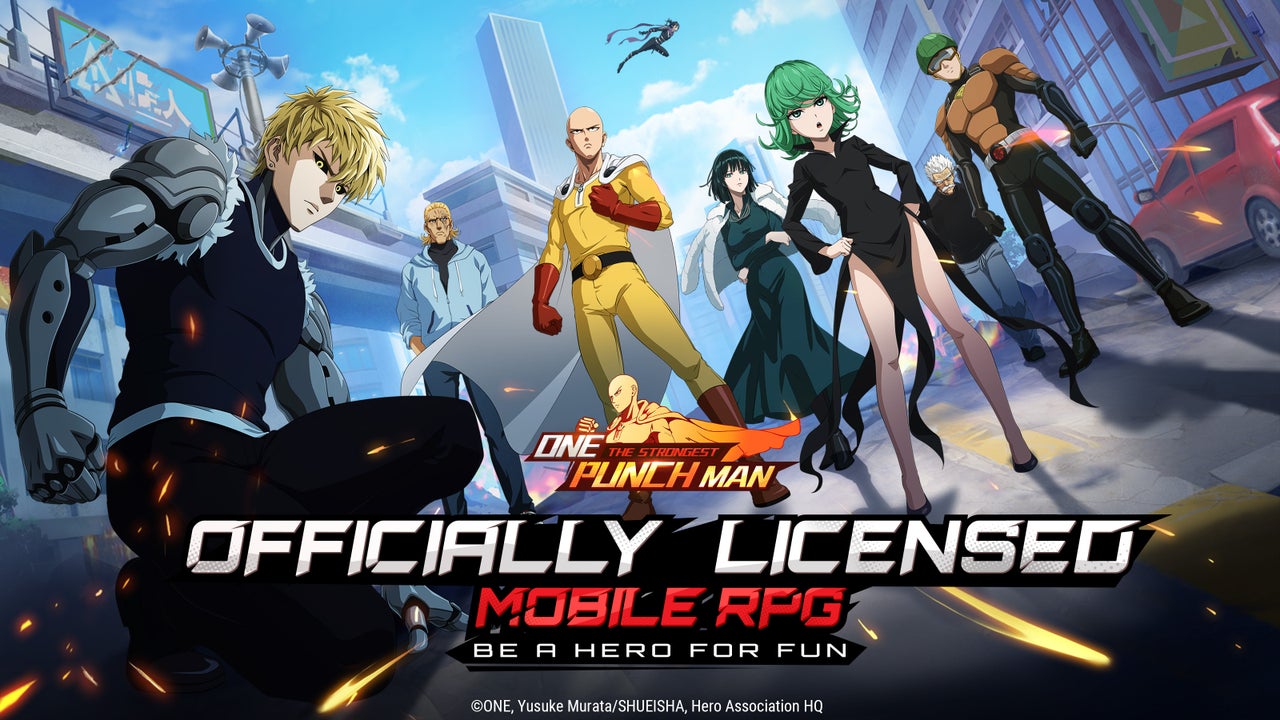 One Punch Man – The Strongest is an official turn-based strategy mobile RPG based on the hit Japanese anime series One Punch Man. It was officially launched in the US and EU regions on September 22. Players can relive the anime’s greatest moments, build a team of its best characters, and fight alongside Saitama to dominate the battlefield.

For more on why One Punch Man – The Strongest is worth a download for fans old and new, we’ve covered why this game is just as wonderful as any of Saitama’s punches below.

One Punch Man is a story about Saitama, a normal man who grew so strong in his training that he grew tired of being one of the most powerful heroes around. Although the world is filled with incredibly strong and menacing villains, Saitama is usually able to take out these foes with a single punch.

One Punch Man – The Strongest is an anime adaptation, and its development was supervised by the production committee including SHUEISHA. Players will meet fan-favorite characters from C-Class all the way to S-Class and fight against and alongside villains, like Carnage Kabuto and Boros. Additionally, the game will feature the same voice acting as the anime.

One Punch Man – The Strongest allows players to build a team of over 60 heroes and villains
from anime, including Genos, Terrible Tornado, Hellish Blizzard, Speed-o’-Sound Sonic, Mosquito Girl, Carnage Kabuto, and Boros.

Each hero and villain will have their own type (Esper, Grappler, Duelist, Hi-Tech, etc.), faction (Hero, Villain, Outlaw), level (SSR+, SSR, SR, R, N) and abilities specials. These categories will give you the tools to know how to mix and match characters for a winning combination of six. Of course, nothing prevents you from simply choosing your favorites to create your own star team. Players can evolve their heroes to
keep them in top shape, upgrade your gear, and more.

Saitama will rush in to help from time to time by performing his famous punch to eliminate enemies and help earn rewards for your team.

After assembling your One Punch Man dream team, you’ll take them into strategic turn-based battles designed to challenge and excite players of all skill levels. The key to winning a battle will be using your team’s special abilities and formation buffs, and making sure your team is made up of the right players – tanks, supports, etc.

Basic speed and skill could also mean the difference between victory and defeat, as they dictate how the battle unfolds. The overall speed stat determines who goes first and gets the upper hand early on. Fast characters like Genos can put you in a position to win. Basic skills are another important factor in battle, as they are abilities that improve your entire team after completing certain role types and quantity requirements. This can appear in the form of damage reflection, burn, back row targeting, etc.

As a battle progresses, players fill up the One Punch Gauge. Once filled, they can choose to use Saitama’s unique move once per battle to defeat any enemy, and this must be used in combination with normal and ultimate skills.

One Punch Man – The Strongest is more than a single-player story, it’s also a multiplayer adventure

While building a team to smash the game’s story is meant to be a fun adventure that will last for hours, One Punch Man – The Strongest also features multiplayer modes that will test your might against friends and dabblers. other people around the world. From Unnatural Disaster and Boss Challenge to Extreme Training and Hero X Villain, there are a host of modes waiting to be explored and unlocked as you progress through the game.

As for Saitama, players will interact with him in more than just calling him to do his Legendary.
punch. There are Saitama quests that will have you complete his daily training schedule, an investigation mode that teams you with Saitama on a quest to discover the town’s Mystery Vaults, and Saitama Memories that will grant you huge bonuses if you find them.

Players can also join a club with friends, play mini-games like: Trap the Ninja, Missile Test and Slingshot Barrage, and undertake patrols to explore new areas and stop bad guys and criminals who are determined to sow chaos in the world.

One Punch Man – The Strongest is available now on iOS and Android and thanks to over a million pre-registrations, all new players will receive the following to download the game – first 10 free draws, an avatar and an appearance frame old fashioned, and hundreds of gems. In addition, those who log in consecutively during the first week will be able to obtain more than 40 additional draws, the A-class hero Iairon and a character of their choice.