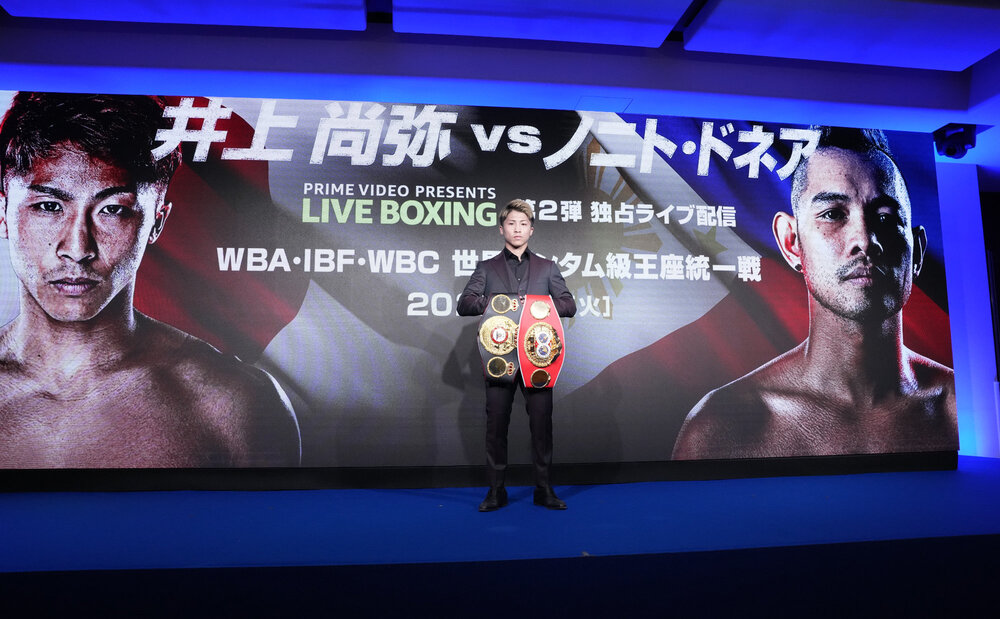 It has been announced that Ring, IBF and WBA bantamweight title holder Naoya Inoue will face fellow WBC counterpart Nonito Donaire in a rematch on June 7.

The unification match will take place at the Super Arena in Saitama, Japan, the site of their epic first meeting, which was named 2019 Fight of the Year.

Inoue prevailed in the first bout, although he had to battle a fractured orbital bone. The pound-for-pound Japanese star won a tremendous encounter by 12-round unanimous decision to win the World Boxing Super Series tournament.

The 28-year-old powerhouse puncher had been lined up to face 118-pound WBO titlist John Riel Casimero, but plans were scrapped due to the pandemic.

Donaire (42-6, 28 KOs) did not fight for 18 months following the loss to Inoue. However, when “The Filipino Flash” returned, he won the WBC 118-pound title from the then undefeated Nordine Oubaali (KO 4).

Inoue-Donaire will stream on Amazon Prime Video in Japan. Details on how to watch in America and the UK are not known at this time.

What is the Saitama ecosystem? Crypto seeks to educate Gen Z on finance