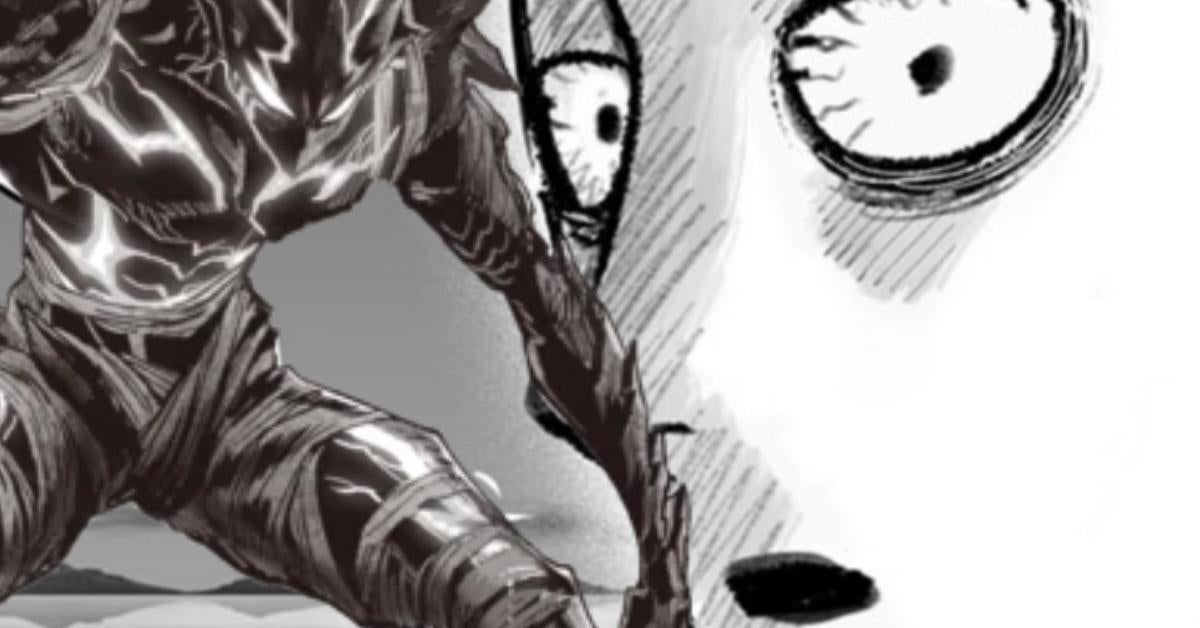 One-Punch Man explained how Saitama really sees Garou with their first real confrontation in the new chapter of the series! While ONE’s original webcomic-turned-illustrated series by Yusuke Murata continues to explore the pinnacle of battles between monster and hero pairings, at the center of the Human Monster saga is the monster himself, Garou, who kept growing into his new monster body and reaching all new levels of ferocity. As he declares that he will destroy the whole world as a new type of ultimate evil, he finally came face to face with Saitama for real with the previous chapter.

While Garou has been easily beaten by Saitama several times throughout the series so far, the two have yet to have a proper conversation or confrontation. The previous chapter of the series saw the two come face to face for the first time in the series in this regard, and the new chapter of the series goes deeper as Saitama assesses the human monster for what he really is. . Garou may be trying to become ultimate evil by preying on the rest of the world, but in Saitama’s eyes, he’s not a monstrous threat at all.

Chapter 159 of One-punch man sees Garou celebrating that he is one of the last survivors after all the chaos with the monsters, but soon Saitama arrives on the scene and completely shatters that notion. Garou introduces himself to Saitama as a monster who is the ultimate evil, but Saitama questions this since he saw Garou rescue a helicopter full of fleeing civilians not long before. Garou says he’s going to destroy the Hero and Monster Associations anyway, but Saitama gets rid of them.

Noting that Garou doesn’t seem like a monster to him, Saitama instead reveals his rage that his apartment was completely destroyed. He only approached Garou because he looked like the Monster King (whom Saitama had already beaten) and wants to vent his frustrations. It’s not until Garou charges at him and Saitama knocks him back with a punch that Saitama realizes he’s faced Garou many times before without really realizing it.

So while Garou might see himself as a monster, Saitama can see through that facade the real fighter underneath. But at the same time, Garou now realizes what a fearsome presence Saitama is. We will now see how it goes in the next chapters, but what do you think? What did you think of the first real conversation between Saitama and Garou? Let us know all your thoughts on this in the comments! You can even contact me directly about all things anime and other cool stuff @Valdezology on Twitter!