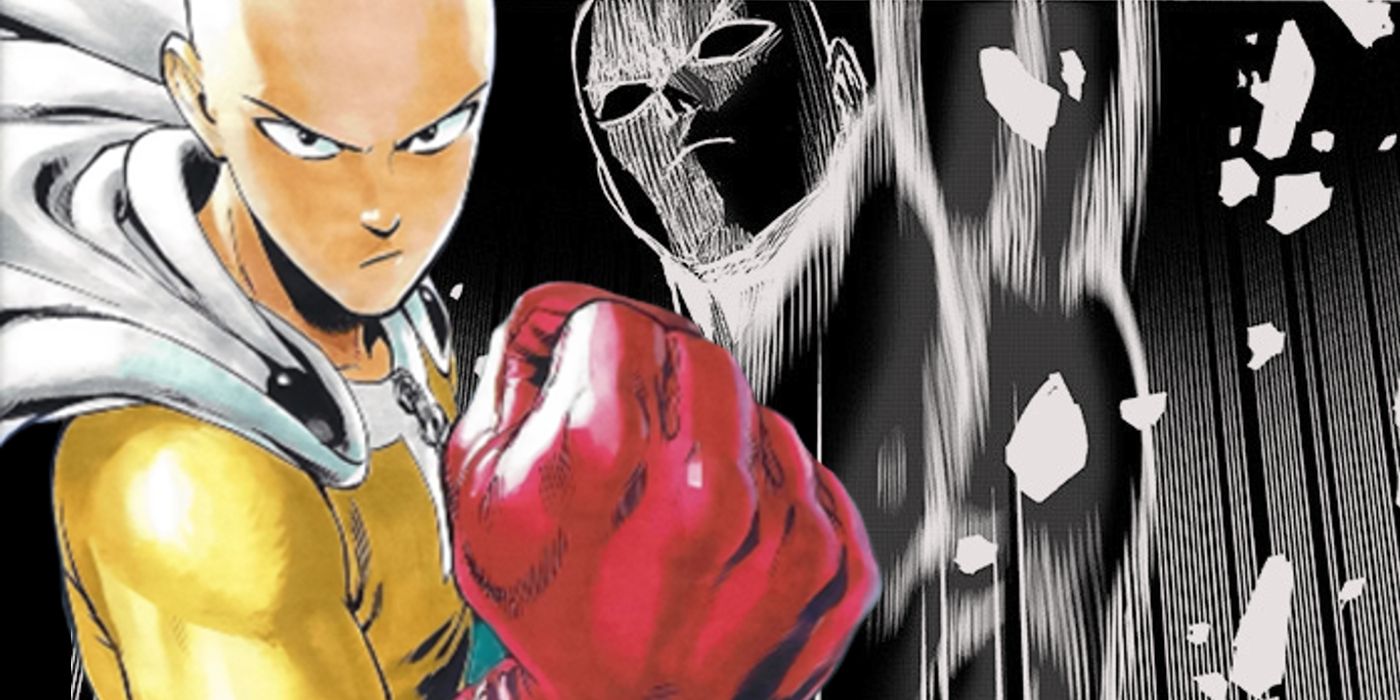 The most ridiculous attack ever used by Saitamathe protagonist of One-punch man, just upgraded to be even crazier. Fans of the series who are already familiar with the webcomic have been waiting for Saitama to kick off his “Serious Table Flip” movement, and when it happened, it was on a scale they could never have imagined.

One-punch man began in 2009 as a webcomic written and drawn by One. A brand new digital manga remake, still written by One but featuring amazing artwork by Yusuke Murata, debuted in 2012, bringing the series to a wider audience. The webcomic story is then at a more advanced stage and has already shown the fight between Saitama and Garou that just started in the digital manga. This fight features the bald hero unleashing one of the craziest moves in his arsenal: “Serious table Flip.” Saitama digs his fingers into the ground and flips an entire section of the city they’re fighting in thousands of feet in the sky. The film is so powerful and sudden that Garou’s sense of gravity and balance are severely affected, making him feel like a caged insect that a child is playing with.

Considering the face that during this battle the One-punch man manga takes a whole new direction from the webcomic, fans may have given up on seeing Serious Table Flip. However, Chapter 167 of the digital manga proves them wrong. Saitama and Garou find themselves on Jupiter’s moon Io, swept away by the recoil of their own massive clashing energies. They continue to fight on Io, and their battle is absolutely epic. Saitama gets serious for the very first time in his life as Garou has just killed his best friend and disciple Genos right before his eyes. To counter Garou’s multi-directional barrage of attacks, Saitama unleashes his own secret move: Serious Table Flip. This time, however, rather than launching a section of a city into the sky, Saitama destroys the entire surface of this moon, creating a massive barrage of debris that blocks Garou’s movement and causes him to lose his sense of direction. .

This isn’t the first time Saitama has unleashed a ridiculous attack, of course, like splitting the ocean in two. However, Serious Table Flip holds a special place in fans’ hearts as one of Saitama’s most ridiculous and, at the same time, most impressive moments. It was hard to top him in the digital manga, but destroying an entire moon surely does. It also shows how well the writers know how to play with the expectations created by the webcomic and how they can still surprise fans with each chapter. Now that the story of One-punch man strayed from what was shown in the webcomic, it’s really unclear where the series will go. Yusuke Murata’s stunning art makes the scene even more out of this world, as evidenced by the beautiful full-color double-page spread of Io’s destruction caused by Saitama.

A “table flip” is, in Japanese culture, a gesture of rage and frustration. Saitama using this move now is just perfect as it shows how much the loss of Genos has impacted him. From flipping a city to flipping a moon, One-punch man leveled Saitamathe craziest move in the most absurd way, proving that this battle has truly taken on cosmic proportions.

Juggernaut Admits The Only Villain That Even Makes Him Weak