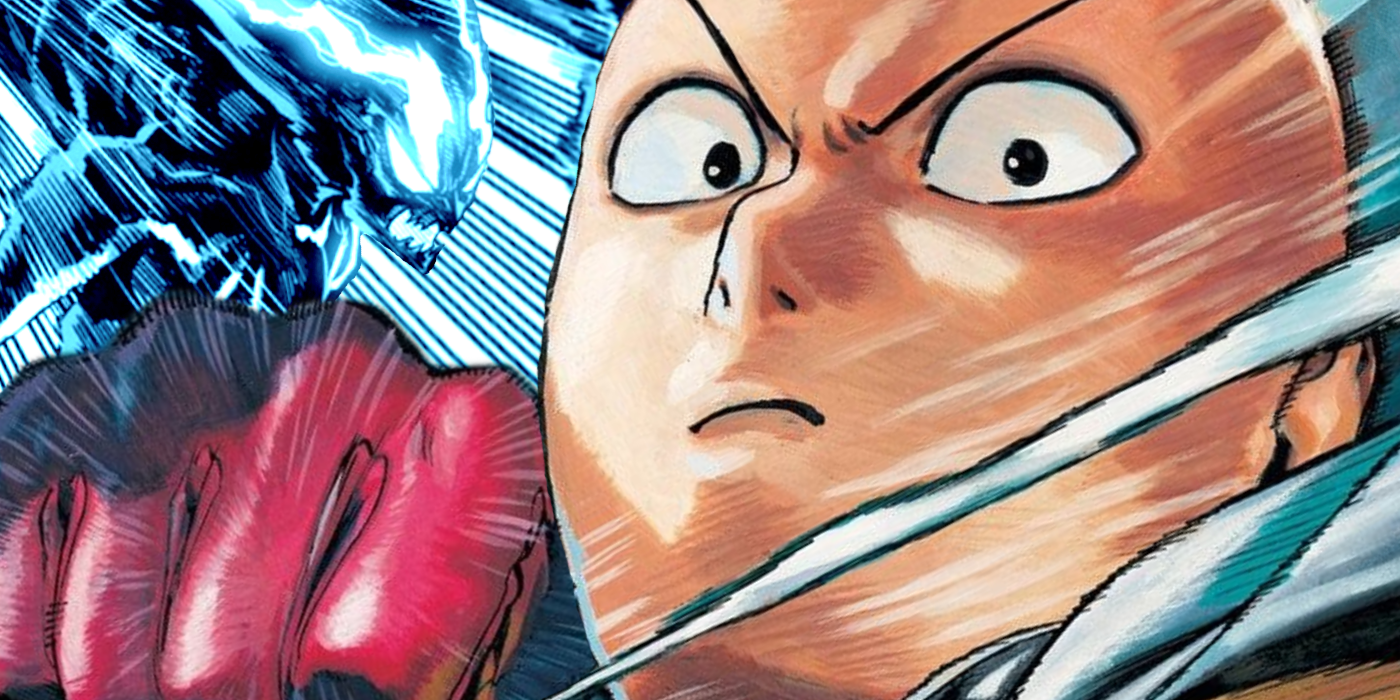 One-Punch Man’s Saitama is finally doing his best, and while his superior level of strength is impressive, it also proves that his power isn’t limitless.

One of the biggest debates in manga history is about One-punch manit’s Saitama. Whether the character exists solely as an unbeatable gag hero or if he’s meant to have definite strengths and boundaries has been up in the air for years…until now.

One-punch manChapter 167 reaches a point that fans weren’t sure would happen at some point in the series, as Saitama takes a fight seriously. After narrowly escaping Earth’s destruction thanks to mysterious figures appearing behind him, Earth’s number one hero, Blast, manages to teleport Saitama and Garou to one of Jupiter’s moons. There, Saitama declares that he can finally unleash full power against someone who can take what he has to dish out.

The main reason why so many fans thought Saitama was a gag character is because there was an assumption that Saitama – being “One-Punch Man” – only needed one punch to deal with any serious threat, no matter how powerful. The series often plays this for a joke, undermining the usual tension that other stories would take seriously. However, the fight with Garou makes it clear that this is not the case, as Saitama fully admits that he wants to use all of his power to beat Garou to a pulp. Even then, Saitama still doesn’t defeat Garou in a single punch, and even hundreds of serious punches don’t seem to deal any real damage to Garou. It’s clear that both characters are just getting started as neither of them suffered any lasting damage from the fight.

Saitama’s true power seems to lie somewhere in the multi-galaxy level of destructive abilities, at least judging by the black hole created by the impact of his punch colliding with Garou’s. The series does a great job so far of using creative methods to display the level of power that Saitama plans to “go all out.” With the power to seize the warp gates of hyperspace and obliterate an entire section of the visible universe, Saitama’s true power is incredible. That being said, the fact that Saitama even has a level of power that he considers “all-out” implies that he actually has some sort of limit when it comes to his own strength. Its full power is not just an abstract and infinite force.

Saitama’s full power is likely to be expanded upon in later chapters of One-punch man As the fight with Garou continues to unfold, the show has officially confirmed that there are limits to what he can do, settling this hotly debated fan issue.