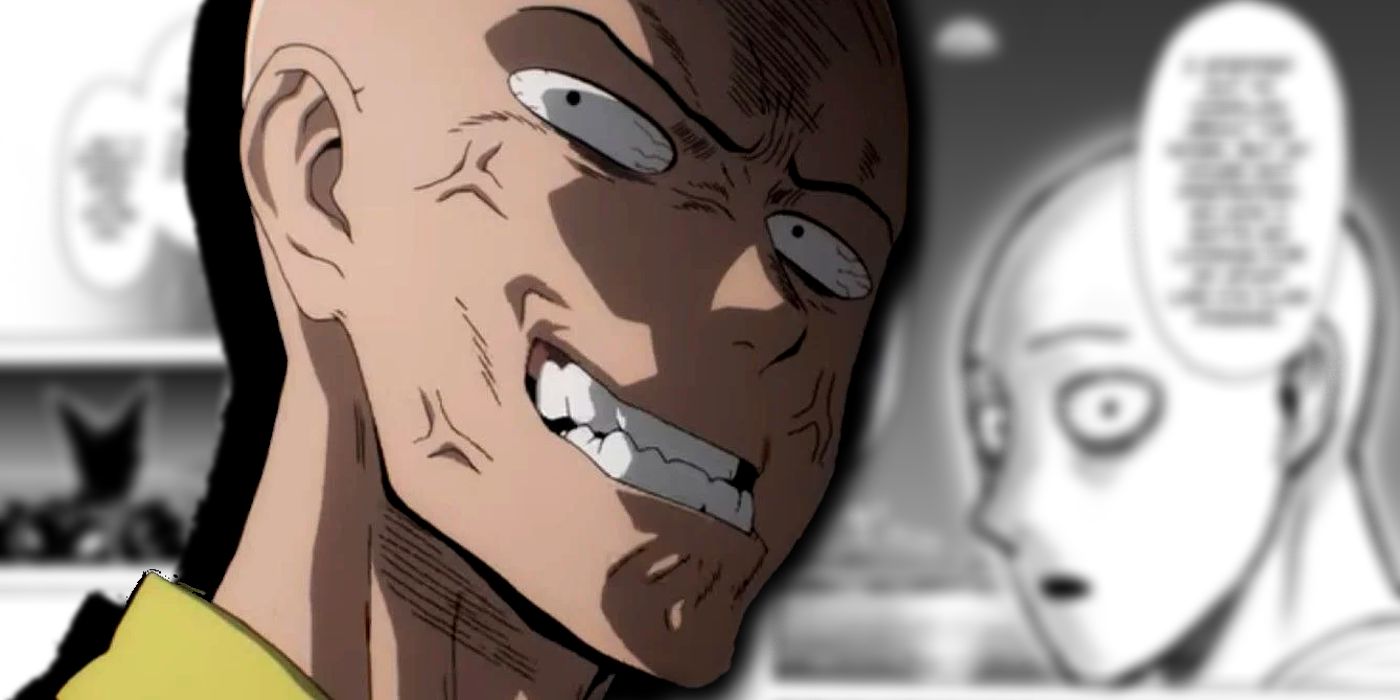 The following contains spoilers for One-Punch Man Chapter 159, “Source of Anxiety”, by One, Yusuke Murata, John Werry and James Gaubatz, available in English on Viz Media.

Saitama is known for not being fazed by threat or danger. He keeps a poker face, even in the face of a potential Earth-destroying disaster – like when he fought the alien invader Boros or Monster King Orochi. However, that doesn’t mean he’s an insensitive robot. There are instances where he is actually angry, but it wasn’t until chapter 159 that he reached the peak of hatred.

With the amount of power Saitama possesses, there is nothing that threatens him anymore. He simply decimates anything that stands in his way with a single punch, hence the title of the manga. However, it is not without weaknesses. He’s often pissed off at missing sales and always troubles his budget, and the full-scale attack on the Monster Association has finally brought out the worst in him.

RELATED: Every Giant Centipede Monster In One-Punch Man (So Far) – And How They Died

The first question Saitama asked Monstrous Garo was confirmation of his identity, which the Hero Hunter provided. He then launched into a long rant about being absolute evil, but Saitama was no longer interested in what the monster had to say. Because he considered Garo not to be a monster, despite the Hero Hunter’s admission, he was convinced that there was nothing more to do there, leaving Garo surprised and confused.

Before leaving, however, Saitama fumed a little, remembering coming out of his house to report the recurring noise. However, his house was destroyed and he now had to go get his things. Saitama expressed his frustration with the situation, saying he was so angry he could destroy the world. Saitama’s outburst wasn’t just a bluff, as Garo felt immense pressure when the bald hero made the statement.

Saitama getting angry is a rare occurrence, and it’s the first time he’s reached a world-destroying level of anger. Unsurprisingly, the cause of his fury isn’t something heavy like losing a friend or witnessing some great evil. On the contrary, it has something to do with his business. Saitama has always been preoccupied with things ordinary people will consider insignificant – like supermarket sales and beating King in a video game. It is, however, interesting to see him express such extreme emotion.

Saitama has always been shown to be a calm-minded individual who cannot sense any sense of danger, so seeing him in a fit of immense rage is a rare occurrence. If there’s a moral lesson this teaches the audience, it’s that no one should touch Saitama’s business under any circumstances.