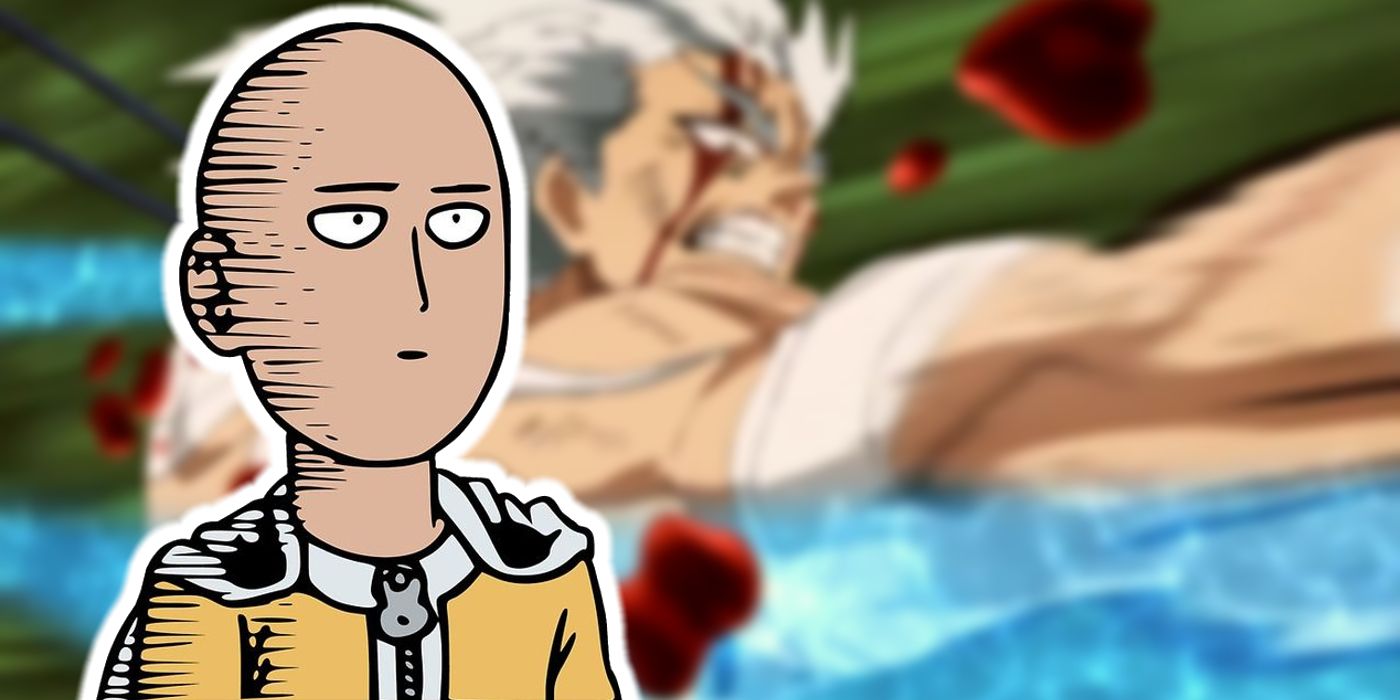 Garo is improving at such a rapid rate that One-Punch Man fans wonder if he’ll ever be strong enough to surpass the superpowered Bald Cap.

When it comes to outrageously strong characters, One-Punch Man — filled with ridiculously powerful monsters as well as super-powered heroes – never lags behind any other anime. The best of them, of course, is Saitama, who can easily end any character in the series with a single punch. One character’s efforts, however, have captured the attention of fans for quite a while now. Garo’s dramatic increase in power begs the question of whether he will be able to surpass Bald Cape.

Saitama’s skills have taken the animanga world by storm. His immense strength has been compared to characters from other series, but there is still no clear answer as to his exact strength. Other characters in One-punch man just don’t seem to cut it for him, rarely even causing him to get serious. However, that may soon change as Garo may have the potential to hold a candle to him.

RELATED: Doron Dororon Is The Manga Like Black Clover Asta Fans Will Love

Garo was introduced by Bang as a threat who defeated all skilled disciples in his dojo, disabling them for life. While he was already strong enough by then, he wasn’t powerful enough to fight with the best brass – which Bang proved by giving him a beating before kicking him out.

Afterwards, Garo went rogue and started his own quest, claiming to sympathize with the monsters as he liked their ambition. He proclaimed that he would become the strongest monster and tip the balance between villains and heroes, defeating three A-class heroes in an attack on the Hero Association headquarters. Garo then set his sights on the S-Class heroes, increasing his strength.

Garo’s strength seems to come from experience. The more he fought and faced near-death situations, the stronger he became. This was evident when he first fought Genos, as he emulated Watchdog Man’s fighting style and made it his own. Not only that, but his strength was further boosted after being transformed into a monster and breaking his Limiter during his fight with Superalloy Blackluster. Now Garo is strong enough to kill a major villain with a single attack and defeat Bang in a slugfest, and it looks like he keeps getting stronger. There’s talk that he can catch up to Saitama – and Garo can already one-hit kill some characters.

RELATED: One Piece’s Nami vs. Netflix’s Super Crooks Team: Who Would Win in a Heist?

The answer to that question is no, as Saitama is a gag character whose punch line anti-climatically ends any fight with a single punch. No matter how strong his enemy, he will always be strong enough to defeat him, and Garo is no exception to this rule. However, that certainly doesn’t mean Garo is weak. Assuming his progress continues, he can become strong enough to defeat all the other characters in One-punch man in just one time. Unfortunately, Saitama will still easily defeat him for the gag to continue.

Garo’s upgrade rate has been incredible, as facing powerful enemies has allowed him to build his strength to unthinkable heights. After his monstrosity and the breaking of his limiter, there is no doubt that he will become even stronger. One-punch man fans are excited to see what other feats he will accomplish, but unfortunately for him, surpassing the super-powered Bald Cap just isn’t a possibility.

KEEP READING: One Piece: The Mightiest Sword Across The Seas (As We Know)

My Hero Academia: Why Deku Calls Bakugo “Kacchan” (And Why Bakugo Allows It)