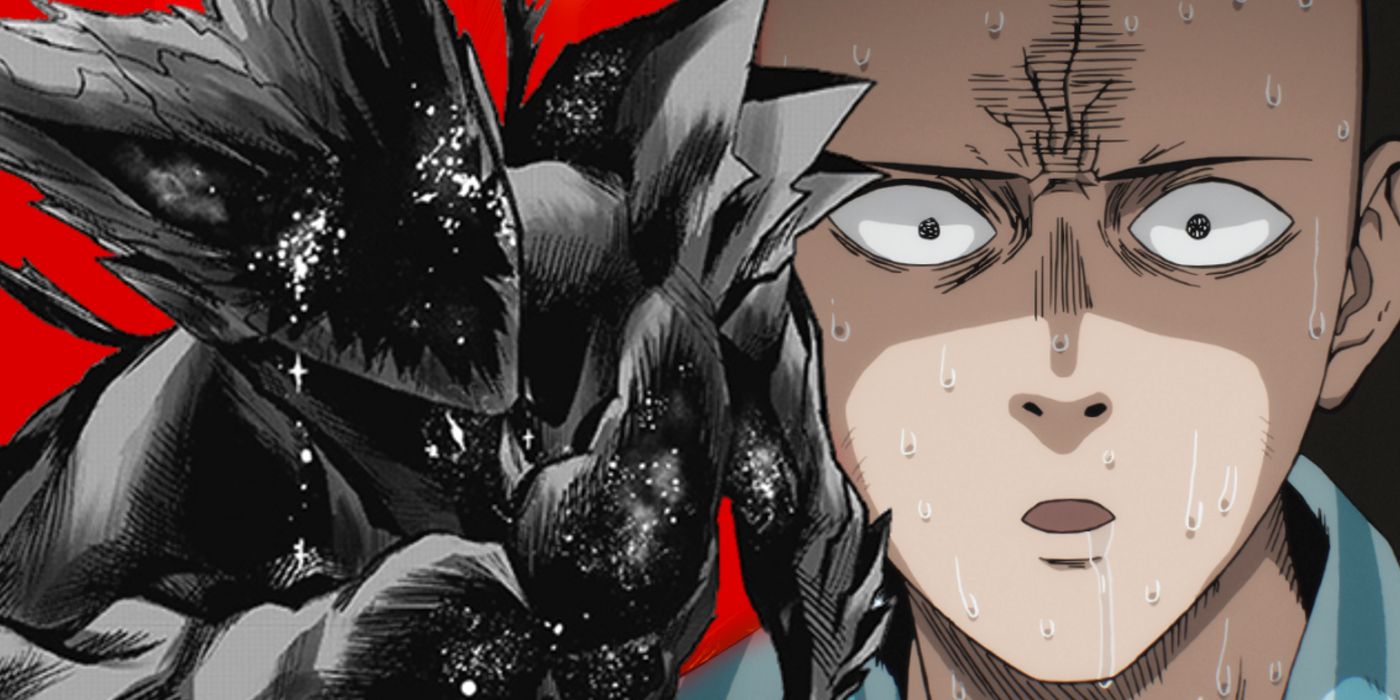 One-Punch Man’s Garou has finally outgrown protagonist Saitama, and his new powers are the perfect evolution of his character based on his past.

The protagonist of One-punch man, Saitamawas eventually overtaken by one of its adversaries, the Hero Hunter Were. After his transformation into a half-monster and another power boost granted by the mysterious Evil God, Garou now wields far more spectacular power than Saitama’s, and he achieved it in his own stubborn way.

Garou has been portrayed throughout the story as Saitama’s opposite in many ways. While Saitama is calm and emotionless, Garou is brash and passionate about his goals. Saitama’s strength means he has no real challenges in life, while Garou has grown stronger by surviving countless near-death encounters. Garou thinks heroes are actually the enemies of justice, while Saitama became a hero “by hobby”, but deep down he carries a strong sense of justice. The clash between the two has been building up for years in the manga written by One and drawn by Yusuke Murata, and when it finally does, it looks like it’ll just be another annoyance for Saitama, but things happen. differently.

Related: One-Punch Man’s Garou Upgrade Is A Major Change From The Original Story

Garou breaks his “limiter” and half transforms into a monster, giving him incredible power, but not enough to scratch Saitama. However, at the moment of Garou’s defeat, God reaches out his hand and offers him the strength he needs, if he uses it to punish”the fist that rebelled against God– which alludes to a connection between Saitama and the mysterious being. Garou seems to accept God’s temptation, but in truth he refuses and manages to gain his incredible new powers without becoming a puppet of the villain, as happened to d Others Garou now has an understanding of the flow and essence of every energy in the universe, allowing him to control and unleash the power of a nuclear explosion or gamma-ray burst.

Garou’s new abilities are potentially limitless, making him one with the universe itself. Garou is even able to copy Saitama’s own power, making the two at least equal. However, what’s most amazing is that Garou doesn’t just accept God’s deal. When the creature appears to Garou wearing the guise of his beloved master Bang, the Hero Hunter doesn’t fall for the trap. His pride as a martial artist won’t allow him to win by borrowing someone else’s strength, but Garou still touches the “hand” of God, so he gets his powers anyway. Garou’s stubbornness and strong personality allow him to escape God’s control, however, at least for now. This result is perfectly in line with the character, who has followed his own path so far, despite the difficulty and danger he may have.

Garou’s new powers are actually the perfected form of Bang’s martial arts teachings,”Feel the flow of energy and become one with that flow.“However, what is most important is that Garou is able to not become God’s puppet, which speaks to his own strength. Yet, God says Garou is now his”avatar,meaning the Hero Hunter could still fall under the villain’s influence. This should make Were more powerful than Saitamabut the bald hero is set to return soon, and when that happens their fight will be settled for good, giving One-punch man fans the answer they want.