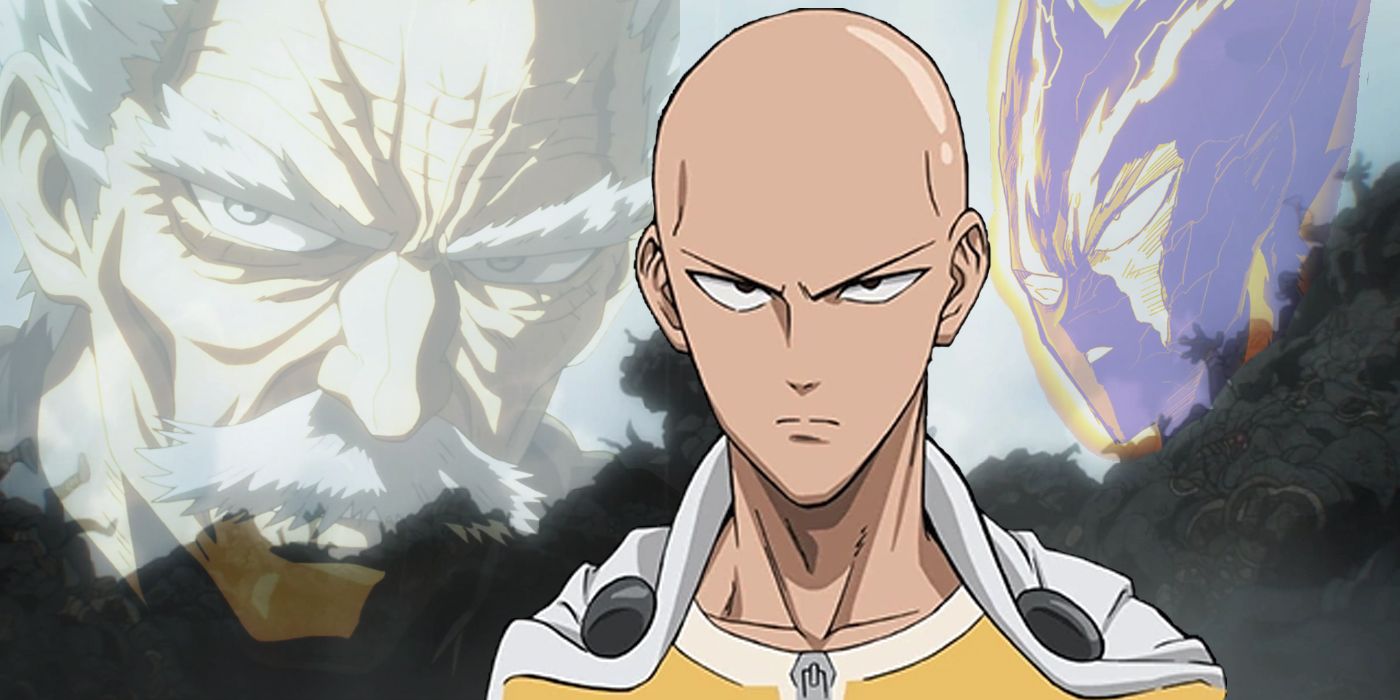 As Saitama confronts the Hero Hunter Garou in One-Punch Man, he reveals that his distaste for Garou is due to the disrespect he showed a friend.

The protagonist of One-punch man, Saitama, has a difficult relationship with the other heroes of the Hero Association. Some like Genos greatly admire him in ways he feels he can’t live with, while others like Tatsumaki see him as little more than an annoyance; and the latter is certainly the most common. Still, as they’ve built a camaraderie throughout the latest series of disasters, it seems Saitama has taken a liking to at least one other hero.

Among the S-class heroes who took a liking to Saitama, there is of course Genos, as well as the secretly helpless king, with whom he quickly befriended. As the only witness to Saitama’s destruction of the asteroid, former martial arts master Bang saw a lot of potential in this power and hoped to convince Saitama to train with it. Saitama, however, mostly views martial arts training as unnecessary waste for him, and thus was quite dismissive of the invitation.

Related: One-Punch Man Finally Delivers His Most Anticipated Fight Yet

In Chapter 162, the most recent chapter of One-punch man released in Japan, Saitama clashes with Garou, recognizing him as the Hero Hunter who has been plaguing the Hero Association lately. Although he initially refused to fight him, Saitama has a problem with Garou, but that has little to do with fighting other heroes. Instead, Saitama is angry with Garou because of the stress his behavior has placed on Bang, his former master. Throughout this arc, Bang has felt responsible for Garou’s actions and believes that he and he alone must be the one to end his apprentice’s misdeeds. Even his brother, Bomb, abandoned his own dojo and followers in order to help Bang fix this, despite the strong possibility that it could cost them both their lives.

Even though Saitama is not adept in the discipline of martial arts, he has developed a great deal of respect for Bang, whose skills and courage have been proven time and time again throughout One-punch man, second perhaps after Mumen Rider. With flashbacks to Bang’s youth in recent chapters, it’s clear that he took on Garou as a student because the troubled boy reminded him of himself. Garou’s actions dishonoring the man’s dojo is a dishonor that Bang did nothing to deserve, and that seems to be what mostly upset Saitama. It’s really a similar reaction to saying to a child, “Look how what you did hurt your father“, more shameful for Garou than reprimanding.

Saitama being offended on someone else’s behalf is a bit unusual for the character, who is rarely upset at being insulted in the face (aside from comments about his baldness, anyway). It just shows how the great heroes of One-punch man bonded over this disaster, learning to trust and even love each other. Regardless of exactly how the impending physical confrontation between Saitama and Garou plays out in One-punch manit is clear that in the war of words, at least, Saitama is the winner.

Next: One-Punch Man Trades Superheroes For Fantasy In A Must-Read Manga

Deadpool destroyed the Fantastic Four by reversing their powers

Carlyle Edmundson is a manga writer with an affinity for science fiction and fantasy. He graduated from the University of North Carolina at Wilmington with a BS in Film Studies and is glad it finally has some relevance to his work. A lifelong anime and manga fan, he’s attended dozens of conventions over the years and may or may not have cosplayed some of them. Currently, he is developing a retro JRPG-inspired visual novel, “Elven Revenue Service.”