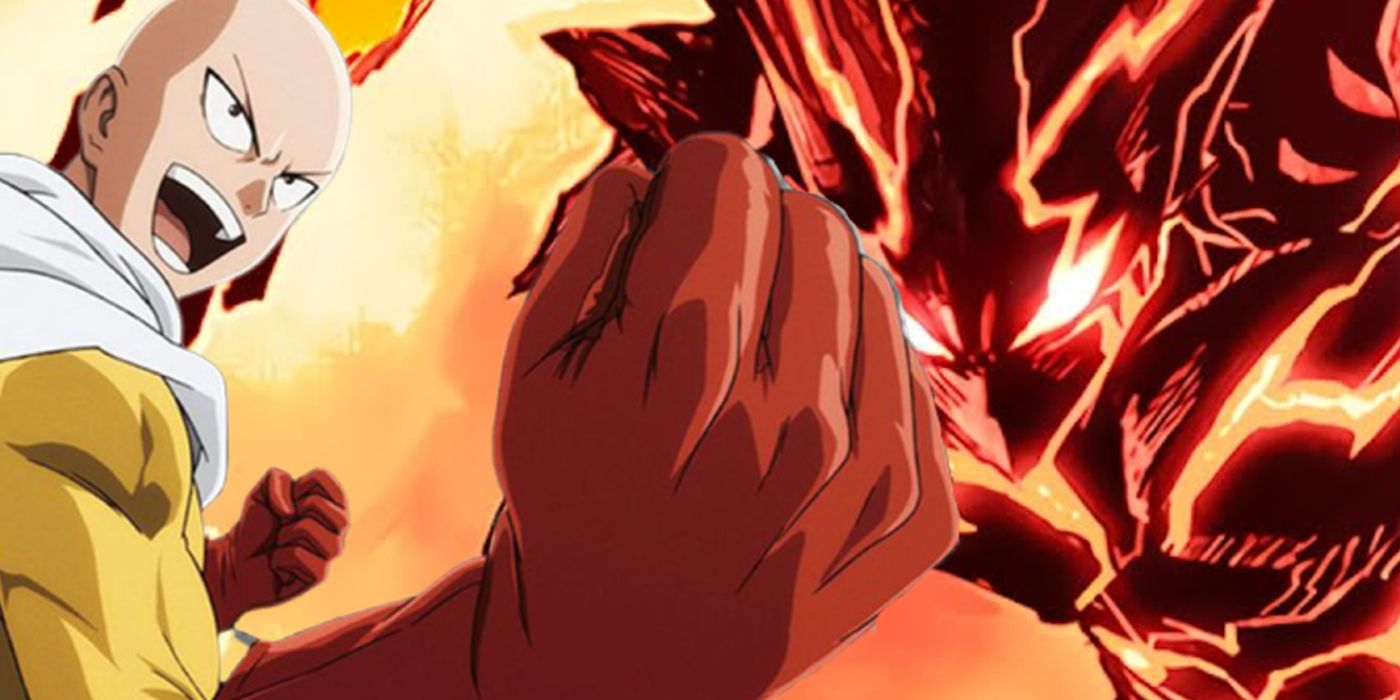 One-Punch Man has been preparing for this fight for a long time: is Garou the one who can finally give Saitama the challenge he dreams of?

The biggest fight of One-punch manThe story of is finally about to happen: after literally years of accumulation, Saitama and Were come face to face at the end of the final chapter of One and Yusuke Murata’s hit manga series.

One-punch man has one of the most atypical protagonists a manga has ever seen. Saitama is, without a doubt, the strongest character since the beginning of the series, to the point that his main traits are apathy and lack of interest in what is happening around him. While this particular inversion of shonen tropes is what makes One-punch man unique, it is difficult to identify with a character who never struggles or evolves. For this reason, One-punch man mainly focuses on the battles of the other professional heroes, but it also has a clear deuteragonist: Garou. Also known as the “Hero Hunter”, Garou is the rogue disciple of martial arts master and Rank 3 S-class hero Bang (Silver Fang). In many ways, Garou is Saitama’s counterpart: both have a strong sense of justice, just with drastically different results, and both are driven by a desire to seek out strong opponents who can challenge them.

Related: Goku vs. Saitama Has Already Been Settled By One-Punch Man

However, that is where their similarities end. Saitama’s wish to find a worthy opponent has never been granted until now; it’s just too strong. Garou, on the other hand, went through many struggles and near-death experiences in order to reach his current strength. Surviving a series of life-threatening battles, Garou managed to grow stronger by constantly pushing his limits. He was eventually recruited by the Monster Association but then suffered a terrible defeat at the hands of “Monster King” Orochi, an opponent whom Saitama later defeated with ease. After that, Garou awakened to his true potential, removing his “limiter”, a natural barrier that impedes a creature’s physical growth. As a result, Garou transformed into a half-monster.

Silver Fang’s efforts (and punches) managed to stop Garou from fully transforming into a monster. By battling one of the Monster Association’s highest leaders, Garou proved that despite his best efforts, he was not a villain, but a hero. However, the fight between him and Saitama is still inevitable. Garou hates the hero-based society and wants to become the strongest monster: the fear he strikes into people’s hearts will unite humanity. This means defeating Saitama, the strongest hero, is a necessary step. Moreover, both characters are driven by a simple and honest desire to fight against the strongest opponents. The last time Garou attacked Saitama, he was literally crushed, but things might be different this time.

A theory presented in the manga attempts to explain Saitama’s ridiculous strength with the fact that he also removed his “limiter”. If so, then Garou has the potential to reach the same level of power as Saitama. Regardless of the outcome, One-punch man fans are about to witness an amazing fight when Saitama and Were finally confront each other.

Next: One-Punch Man Just Revealed His Most Explosive Duo Yet