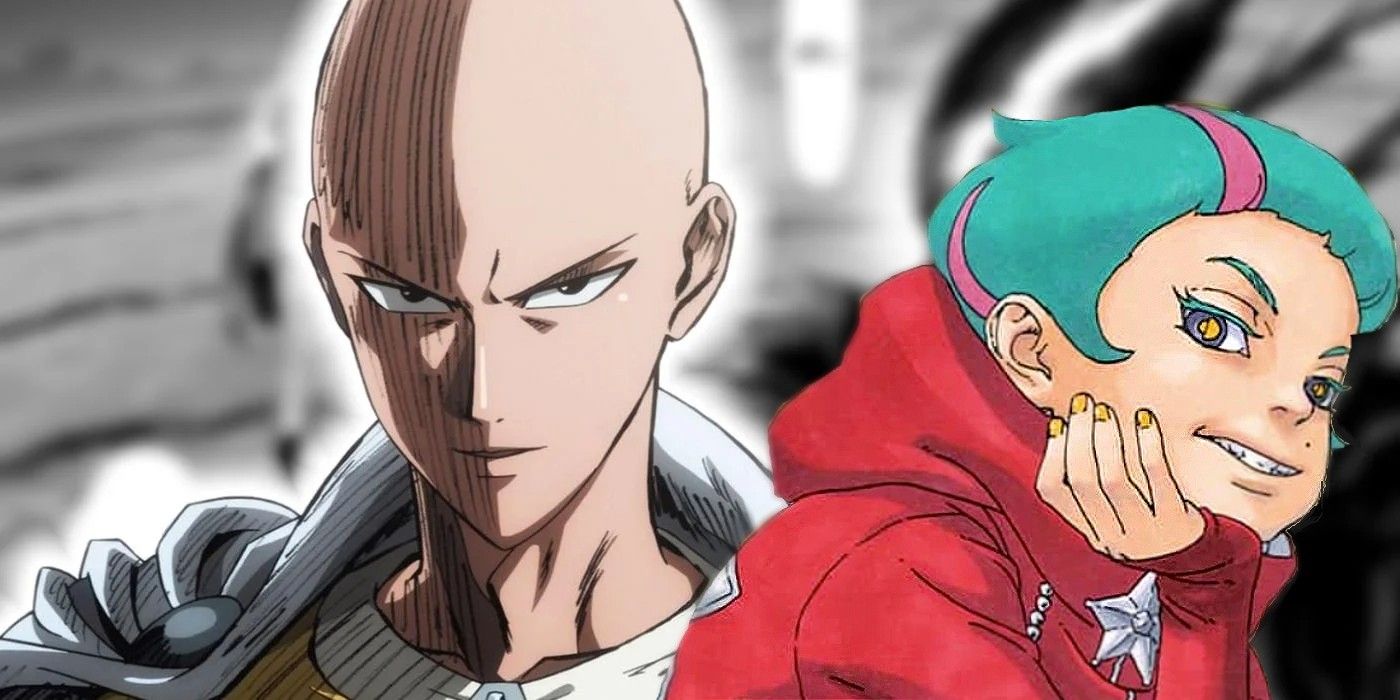 Boruto’s cyborg killer Daemon has an ability that even One-Punch Man’s Saitama wouldn’t stand a chance against; the power of reflection!

Whether it’s Goku or Naruto, Luffy or Borutothe hidden genius of One-punch man is that once a reader understands Saitama’s sheer invincibility, it’s nearly impossible to avoid comparing him to other heroes. Understandably, discerning minds don’t think the same way, and the debate over who can beat One-Punch Man keeps Saitama at the forefront of any current manga discussion. In BorutoThe current Code story arc, however, has one character who would have no problem absolutely dismantling Saitama in a fight.

Daemon is a member of Kara, a secret organization created by Isshiki Otsutsuki’s Jigen ship with the ultimate goal of cultivating a god tree for the glory of the Otsutsuki clan. Daemon was once a human child, but after being part of Kara, he was biologically altered with advanced ninja technology that grants him power and skills that belie his childlike age and body.

Although the full extent of his powers has yet to manifest, what is known of his abilities makes it clear that Saitama wouldn’t stand a chance. Daemon was one of the few Kara cyborgs that Jigen had ordered decommissioned due to their powers, which even he feared he could not match once they unlocked their full potential. First, there are his basic physical abilities of speed and strength. After Jigen’s order to destroy Daemon and his sister Eida, rather than obey the order, Boro put them in cryostasis instead. A few minutes after being revived. Daemon was operating at full capacity, as shown by his ability to sneak up on Code and dispatch a team of highly trained guards within minutes. That’s not to say One-Punch Man wouldn’t have a hard time taking down a super-cyborg, but it does show that physically he’s no slouch.

However, Daemon’s thinking power is far more worrisome to Saitama. Daemon has the ability to reflect any attack launched against him back to the attacker. So when one of the security guards tried to behead Daemon, he ended up beheading himself. The more aggressive the attack, the more aggressive the reflected attack will be against the opponent. Additionally, the ability does not require actual physical action to manifest. An attacker’s “intent” is enough to trigger Daemon’s ability to turn that intent to harm him against the people with the intent. This way, Daemon is invincible, at least from any physical attack, since any such attack will backfire on the opponent. Daemon’s thinking power is so dangerous that even his sister Eida admits he can overcome his own ability to see and understand everything from birth to present. Even when an opponent chooses not to attack, Daemon can then press his attack without fear of retaliation.

So how does Daemon’s thinking power compare to Saitama’s unique punch? He absolutely dominates him. Saitama defeated his opponents using various methods including speed, surprise, and power. In other words, as long as he puts himself in a position to land a punch, he has never lost. Saitama was even able to overcome psychic attacks like the one he encountered when he fought Geryuganshoop.

However, Daemon’s thinking power is not psychic. Boruto shows he can’t make people fight. He can only deflect their attacks. If they don’t attack him or think about attacking him, Daemon has no power over them. But once The man with one fist Saitama is thinking of knocking by Boruto Demon, he will literally be forgotten.

Next: Boruto’s Version Of Akatsuki Is Much Stronger Than Naruto’s…And Worse

Marcel Green is a comics writer for Screen Rant. A lifelong comic fan who was originally a “Marvel Only” collector, he became an “indie” fan of all things comics, manga, cartoons and anime. Glad to finally be able to put all those hours of comic book reading to good use over the years.