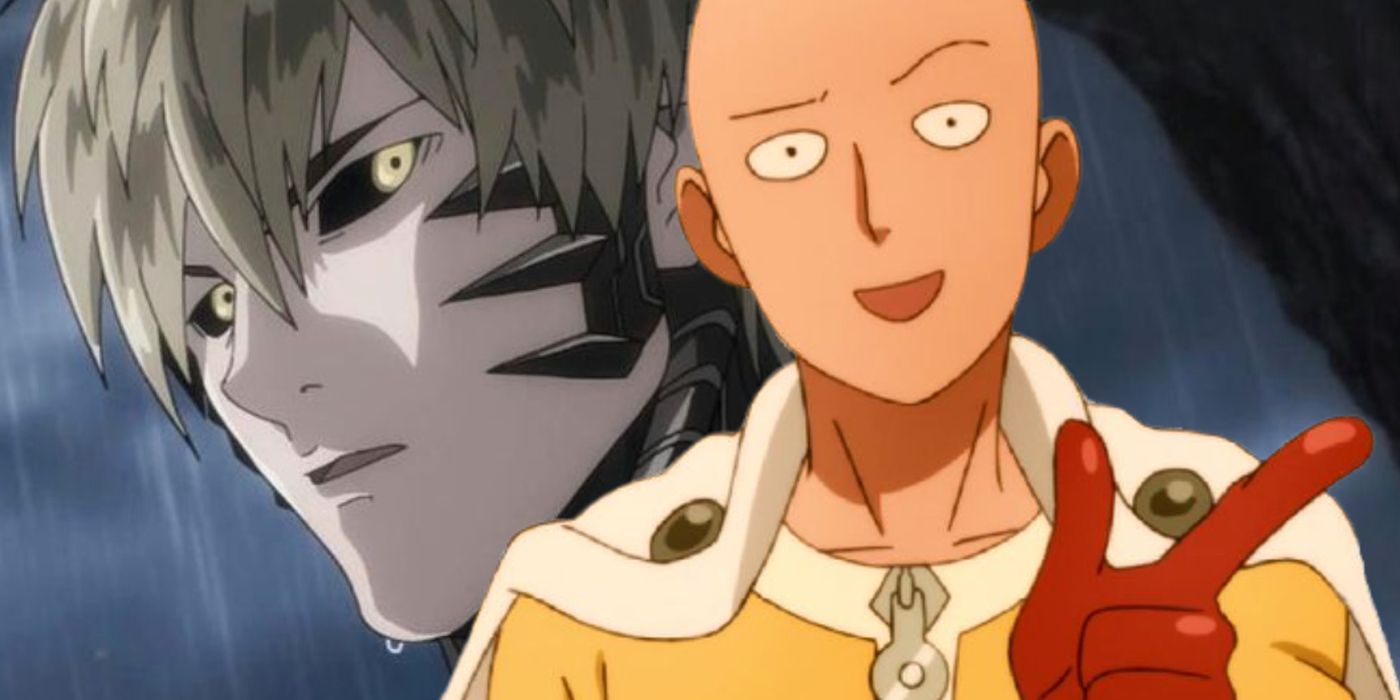 Whereas Saitama is undoubtedly the strongest character in One-punch man, it is no longer the most important. After the eventful conclusion of the battle against Were saw Saitama travel through time, the only person who knows this is his disciple Genos, who is the only one aware of the existence of alternate timelines, and also that his master and best friend did the impossible to save everyone world.

The biggest fight of One-punch man the story ends in a way fans could never have imagined. After being overwhelmed by Saitama, Garou realizes that he accidentally killed the bystanders, including Tareo, a child who has been his only supporter. Garou regrets his actions and begins to be consumed by God, the mysterious villain who granted him his last power-up. Before dying, he asks Saitama to copy his last technique, which allows him to travel through time. The bald hero sees the events of the past unfold before his eyes, and to the right he “jumps in” and defeats Garou, literally hitting him with the power of God and his evil influence with one punch. This effectively erases the future and saves anyone killed by Garou. However, the “future” Saitama then merges with his current self, which has no memory of this divergent timeline.

Related: Only One One-Punch Hero Knows The Truth About Garou

There is, however, someone who remembers everything that happened. In chapter 169 of One-punch man, Saitama joins Genos, who had been killed before his eyes in the future timeline. “Future” Saitama brought back with him the core of Genos, the computer unit that stores the cyborg’s memories. When the Genos of the present connects his body to the core of the future Genos, he is able to learn everything that happened in the erased future. Considering that neither Saitama nor Garou have any memory of it, this makes Genos the only person in the world to be aware of the existence of a One-punch manmultiverse of endless possibilities and alternate realities. He is also the only one who knows that Saitama once again saved everyone, without taking credit for it (this time because he can’t remember).

Genos is undoubtedly the most important person in Saitama’s life. When he sees his friend and self-proclaimed disciple die, the hero cracks for the first time, his anger causing him to reach even greater levels of power. This also causes Saitama to question his right to call himself a “hero” as he is unable to be there for his friends when it counts. Genos represents Saitama’s bond with humanity, the anchor that keeps him from losing his sanity under the weight of his own immense strength. Now he’s also the only one who can tell the world how amazing Saitama is.

Thanks to the loss of Genos, Saitama evolves for the first time as a character and as a hero. Even though the battle’s conclusion seemingly returns everything to “normal,” Genos’ awareness of the future alternate timeline serves as a reminder to readers and other characters in the series that Saitama is indeed the greatest hero of all. series. universe, or in fact in the multiverse. The long story arc that ends in chapter 169 makes Genos the most important character for Saitamaand therefore for the whole One-punch man series.