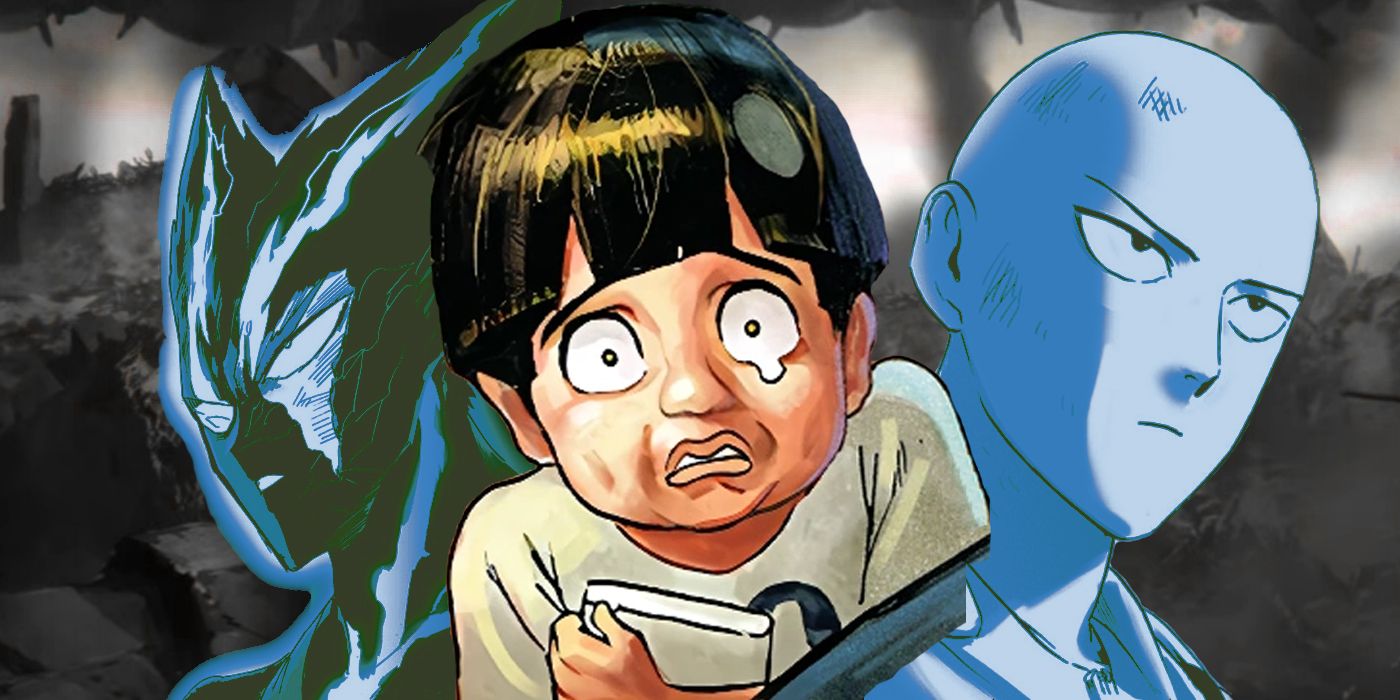 As Garou and Saitama exchange blows for the first time, it turns out that a very different character is the one who shakes Garou the most.

While the scene in One-punch man is set for a long-awaited showdown between Saitama and the slowly monstrous Garou, the final chapter hints that Saitama may not be the real obstacle for Garou realizing his dreams. Instead, it’s a young boy named Tareo.

In Garou’s first appearances in the manga, he partnered with Tareo, a boy who carries around a manual with information on the best heroes and their techniques. Garou uses this information to aid him in his hunt for heroes, but simply associating with Garou even without knowing who he is puts Tareo in danger on several occasions – and each time, Garou has made the choice to protect Tareo, though that puts him at a major disadvantage in a fight. Garou even goes so far as to help Tareo escape from the Monster Association, and his recent epic defeat of Centisennin relied entirely on protecting the helicopter that carried Tareo out of harm’s way.

Related: One-Punch Man Finally Delivers His Most Anticipated Fight Yet

As Garou begins to confront Saitama, he is blown away by Saitama’s first strike, sending him spiraling until he lands not far from the helicopter’s escape point. Tareo spots Garou, recognizes him, and starts begging him to stop acting like a monster since he’s so clearly a hero. He points out the obvious: monsters don’t save humans, especially those they don’t need. While Garou may insist that what he hopes to bring about is absolute evil, in which all are treated equally badly, his actions do not match his words. As Saitama catches up, he too insists that Garou isn’t a monster and doesn’t want to commit anymore. As Garou gets angry at this, a look at his thoughts shows that Tareo’s words have definitely entered his head.

One of the things that made Garou an interesting character is that what he says and does is very different from his goals and his reasons for doing it. Garou takes pity on the monster, seeing it as a victim of an unfair fight since the heroes often team up to bring them down. But that’s a projection – he feels for the monster because Garou’s origins show that he was often bullied by groups of children, and the situation reminds him of his own trauma. Garou doesn’t really want a world of “absolute evil”, whatever he says; what he actually seeks is fairness, and the easiest way (for him) to enforce it is through his own strength. Tareo pointed out the incongruity between his thinking and his actions, and while he says it didn’t affect him, the manga exposes that it did.

As Garou and Saitama face off in the next chapters of One-punch man, that thought in the back of Garou’s head is perhaps what makes the difference in how this whole fight plays out. Saitama has already promised not to kill Garou – he doesn’t kill humans, anyway. In One-punch man Realizing this means looking beyond how Garou presents himself and seeing the truth of who he really is.

Carlyle Edmundson is a manga writer with an affinity for science fiction and fantasy. He graduated from the University of North Carolina at Wilmington with a BS in Film Studies and is glad it finally has some relevance to his work. A lifelong anime and manga fan, he’s attended dozens of conventions over the years and may or may not have cosplayed some of them. Currently, he is developing a retro JRPG-inspired visual novel, “Elven Revenue Service.”