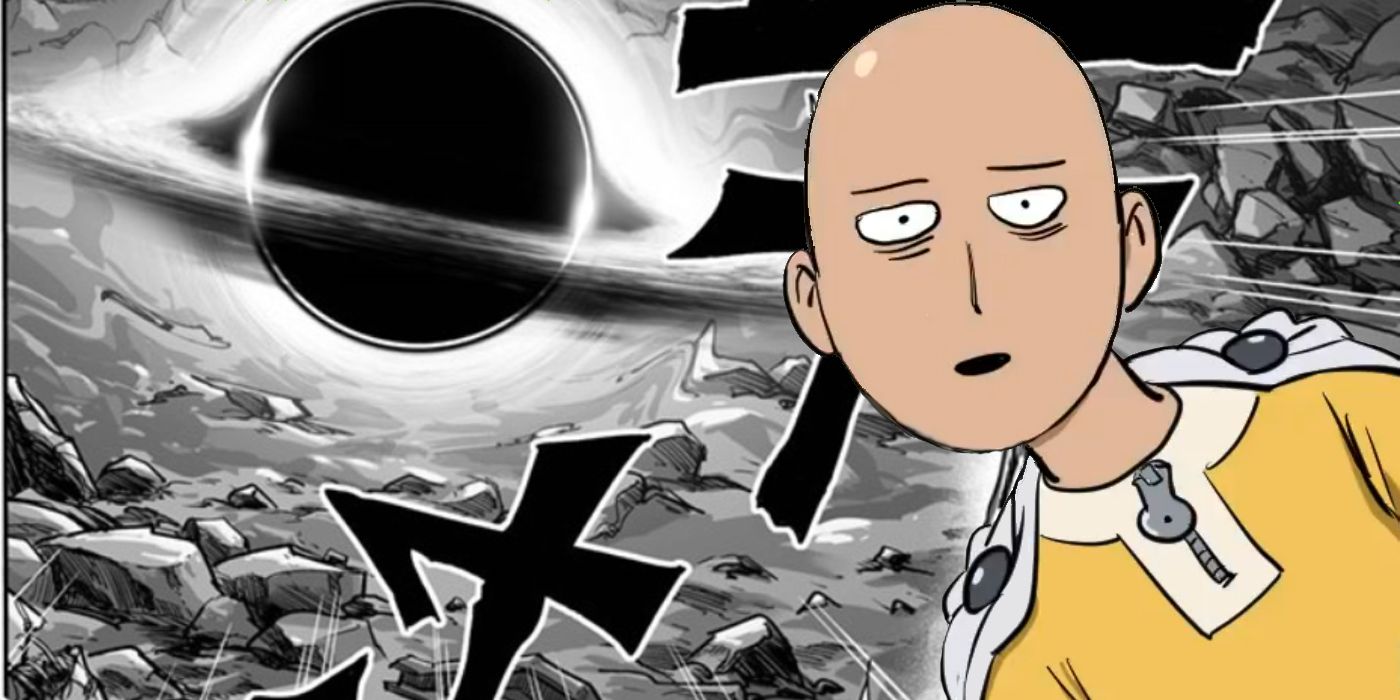 Saitama makes a less than triumphant return to One-Punch Man

Saitama makes a surprise return to the battlefield after an extended absence, but it’s not quite the heroic arrival that people imagined.

After One-punch manThe hero of was absent for 16 chapters, Saitama finally reappeared in the final panels of the new chapter. Although his entry is less than worthy.

Saitama was last seen in Chapter 136, where he, the S-class hero Flashy Flash, and the non-threatening monster Oculette were buried deep underground when the Monster Association base was destroyed. Flashy Flash has gotten his arm stuck by a mysterious, extremely heavy cube, which attracts the attention of hero #1, Blast. Blast apparently collects these cubes, as they allow those who come into contact with them to communicate with a mysterious evil being that some characters refer to as God. After storing the cube safely, Blast offered to teleport them out of the rubble, a deal they were more than happy to accept.

Related: One-Punch Villain’s Epic Betrayal Must Be Seen By Fans

Since then, the story has focused on the battle taking place above ground, as the S-Class heroes engage in a desperate battle with the Monster Association’s top leadership. Combatants from both sides died, reinforcements arrived for the heroes, and Garou emerged ready to cause trouble for both. Saitama and company suddenly appear out of nowhere, pounding the ground face down until they’re stacked in a heap. Saitama, of course, is pretty familiar with disrespect by now, but for Flashy Flash it’s been one indignity after another, starting with his sword being destroyed in the subway and then getting noticed by Blast.

The trio appeared at an interesting time as Garou has just completed his surprise attack on the other monsters, though it’s unclear exactly how much damage he inflicted on them. Fuehrer Ugly is almost certainly down, but Platinum Sperm seems unlikely to be defeated that easily, and Evil Natural Water is such a strange monster that it may not even be possible to fully defeat it. Saitama’s group also appeared very close to Garou, so it would be easy for them to fight rather than the monsters. After all, if there’s one thing Saitama and Garou have in common, it’s a desire to challenge a tough opponent, and that can end up overshadowing the bigger battle. The only question is whether badly injured characters like Genos and Tatsumaki can last long enough to get help after their fight is over.

No matter how unimpressive his entrance was, Saitama’s arrival on the battlefield is definitely one of the most anticipated moments in the series’ recent history, and fans of One-punch manThe original webcomic was certainly looking forward to seeing a battle between full-powered Garou and Saitama. Either way, one thing is certain: Saitama’s arrival means the odds have just changed dramatically in favor of the heroes.

Next: One-Punch’s Horrifying God Takes A Monster’s Powers Away