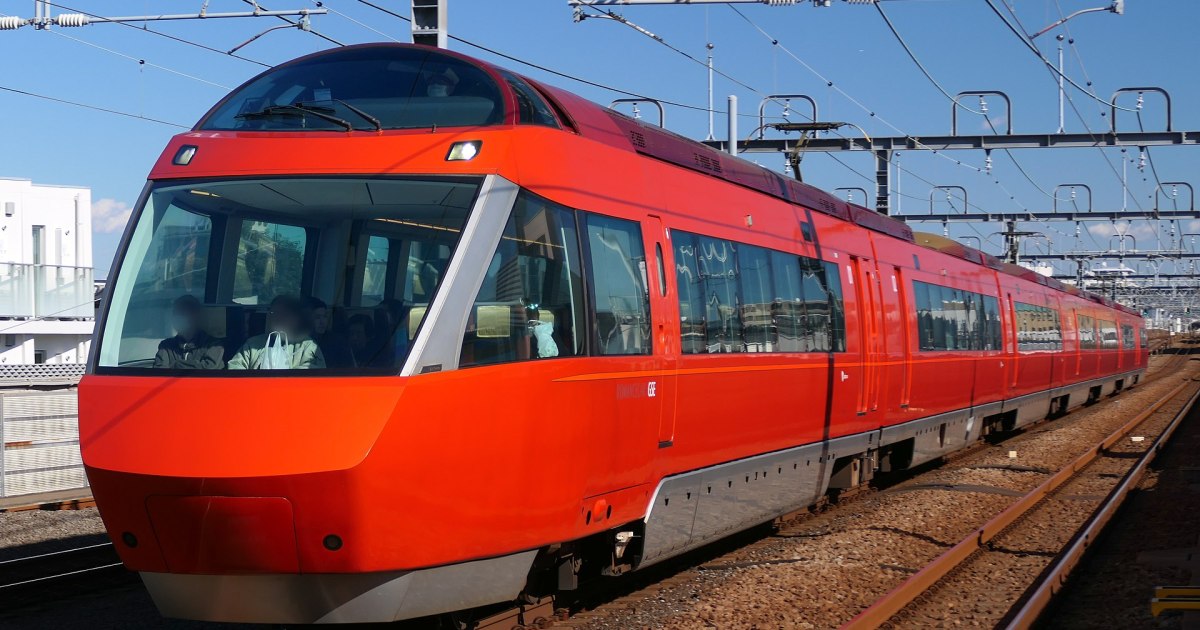 Caught in a bad Romancecar.

A strangely growing phenomenon in Japan has been one person making a ridiculous amount of reservations and not paying for the reservations, leaving them unsold and wasted. It’s not always clear if it’s being done maliciously, but it’s a problem, and now it’s affecting a major rail company.

Romancecar is the name of the limited express trains operated by Odakyu Electric Railway that serve the lines between Tokyo and the cities of Hakone and Gotemba, both of which offer beautiful views of Mount Fuji. The Romancecar is also fancier than most trains with meal service and special viewing windows to help you enjoy the ride.

▼ Old models of Romancecars, like the ones pictured here, had a lot of character

As a result, it costs about twice as much as traveling in the same direction by standard train. However, a 48-year-old resident of Shiki City, Saitama Prefecture was unhappy with the service he received on a Romancecar and was looking for a most boring revenge.

According to the Tokyo Metropolitan Police Department, between March and November last year, the suspect made a total of 9,313 bookings on Romancecars, but with no intention of paying or rolling them. Of these fraudulent reservations, approximately 90% were for observation deck seats which offer better views and are generally more sought after.

When the police arrested the suspect, he admitted the charges, saying he was frustrated with his job and did not like the attitude of the drivers and crew of a Romancecar. His hobby was driving trains but once he got angry when other passengers were drinking and rowdy on the observation deck but no staff came to tell them d ‘Stop.

As to how he managed to make so many unpaid reservations, Odakyu Electric Railway allows passengers to reserve a seat without paying for it in advance. In case of non-payment, the reservation is maintained until 15 minutes before the departure of the train. Considering that Romancecars are more about the journey than the destination and only have reserved seats, the chances of someone suddenly showing up to claim a last-minute open booking are very slim.

Unfortunately, the possibility of not having to pay until the moment of driving is a convenience that can be compromised due to this crime of fraudulent obstruction of business, and for this the online comments did not appreciate the suspect’s selfish offense.

“Once the criminal charges are settled, Odakyu will be able to sue, but they probably won’t be able to recover as much money. Yet they should do so to prevent similar crimes.
“9,300 times?! How did they not notice it sooner.
“Anyway, we probably don’t need reservations to be so late.
“What trash. I hope they will continue it.
“The number of times he has done that is very concerning.”
“What did he want to accomplish with all this?”
“Unfortunately I think we are entering an era where all bookings will have to be prepaid.”
“How much damage did he really do? If the train isn’t full, it’s never really robbed them of a sale.

It will be up to the company and the lawyers to determine the true damages suffered by the railroad. Either way, he’s going to pay for his misdeeds one way or another for a while. Let this be a lesson to all of us, that when work makes us nervous, try to find other outlets for stress than crime, like a squishy ball of poop for example.

Source: Asahi Shimbun, The Sankei News, Twitter
Top image: Wikipedia/MaedaAkihiko
Insert pictures: © SoraNews24
● Want to be up to date with the latest articles from SoraNews24 as soon as they are published? Follow us on Facebook and Twitter!