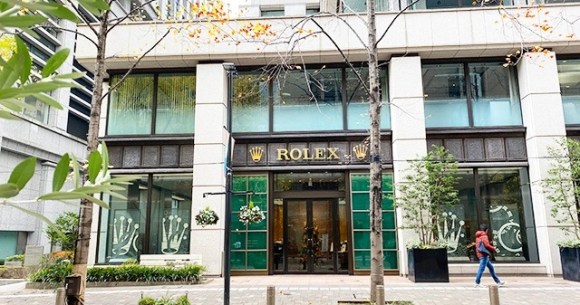 Any good society depends on a certain sense of trust between citizens, but at the same time, we must always be wary of those who would exploit our kindness. It’s hard to know exactly where to draw that line, but I’m pretty sure it’s far from leaving a stranger alone with a watch worth seven million yen (US$53,000).

On July 25, two men met in the parking lot of a Saitama Prefectural convenience store to negotiate the sale of an 18-karat yellow gold Rolex Yacht-Master II. Despite its value, the seller was willing to part with it for just $6.3 million ($47,000) in an organized sale via a second-hand online shopping site.

▼ The watch shown here is the Oystersteel version rather than the yellow gold.

After the potential buyer approached the seller’s car wearing shorts, a t-shirt and thick gloves, the buyer handed the luxury watch over to him for inspection. After watching it for a bit, the buyer asked the seller to enter the store to buy tea. The seller then made the fateful decision to leave…

▼ This is the part of the story where someone in the movie theater yells, “Oh no, man! Do not enter this door!

After taking about two minutes to buy the drinks, the man walked out of the store to find that the buyer and the watch were both long gone. Still faced with the overwhelming reality of what had just happened, the man reported the incident and attempted to contact the buyer. However, after texting “I left it in your car” and “I don’t have your watch”, the buyer deleted his account.

▼ A report on the incident

The victim told the media that “[instead of getting into the car] he opened the door and crouched behind it to look at the watch. It was suspicious. Come to think of it, we were outside the whole time, which made it easier for him to escape. Although he seemed in good spirits during the interviews, he also admitted, “I was too stupid and honest.”

This was the general sentiment shared by most online comments reacting to the news:

“He was way too nice to go buy tea.”
“The guy said it himself, he was ‘too dumb and honest’. You have to trust people, but also be careful with expensive items.
“He should have canceled the deal the moment the ‘parking lot’ was suggested.”
“Some people just don’t have a good sense of danger, I guess.”
“I would have left once I saw the t-shirt and shorts.”
“As selling between individuals is becoming easier and easier, people need to be more aware of the risks involved.”
“He was just too nice…”

Among the comments were also a lot of blame for the victims, and even the victim himself told the media that he felt partly responsible for what happened. However, in his defense, he was aware of having the buyer on video with his smartphone which, along with the surveillance cameras outside, should greatly help the police in locating the suspect.

Source: Ameba Times, YouTube/FNNプライムオンライン
Top image: ©SoraNews24
Insert image: Pakutaso
● Want to be up to date with the latest articles from SoraNews24 as soon as they are published? Follow us on Facebook and Twitter!