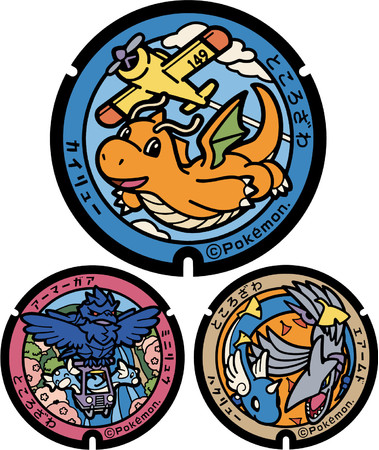 On November 5, the city of Tokorozawa, just north of the border with Tokyo and home to Totoro Forest and the city of Tokorozawa Sakura, became the first location in Saitama Prefecture to install Pokefuta manhole covers. The three unique designs featuring five Pokémon were revealed at a press conference chaired by everyone’s favorite electric rodent, Pikachu.

The three designs include Dratini, Dragonair, and Dragonite, which comprise an evolving family of Generation I Dragon-type Pokémon. Two of the covers also feature flying-type Corviknight and Skarmory, paired with natural landscapes.

The common theme of transport or flight in the designs is no coincidence, as the city of Tokorozawa is also home to the Tokorozawa Aviation Museum. This museum details Japan’s aviation history in its location on the site of Japan’s first airfield.

▼ The newly installed covers will also serve as Pokestops in the Pokemon Go smartphone game. 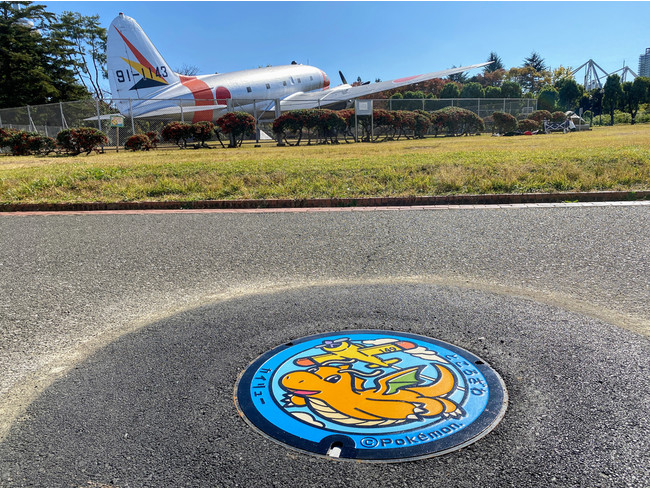 These three new additions bring the total number of Pokefuta in Japan to 209 spread across 21 prefectures, which still leaves 26 remaining prefectures that have yet to receive theirs. Along with coverage of Tokyo and Kanagawa Prefecture, these new Saitama coverages are bound to be especially popular due to their centralized location in Japan.

— Japan’s Pokemon Manhole Covers Travel You in New Line of Mugs, Replicas and Other Products 【Photos】