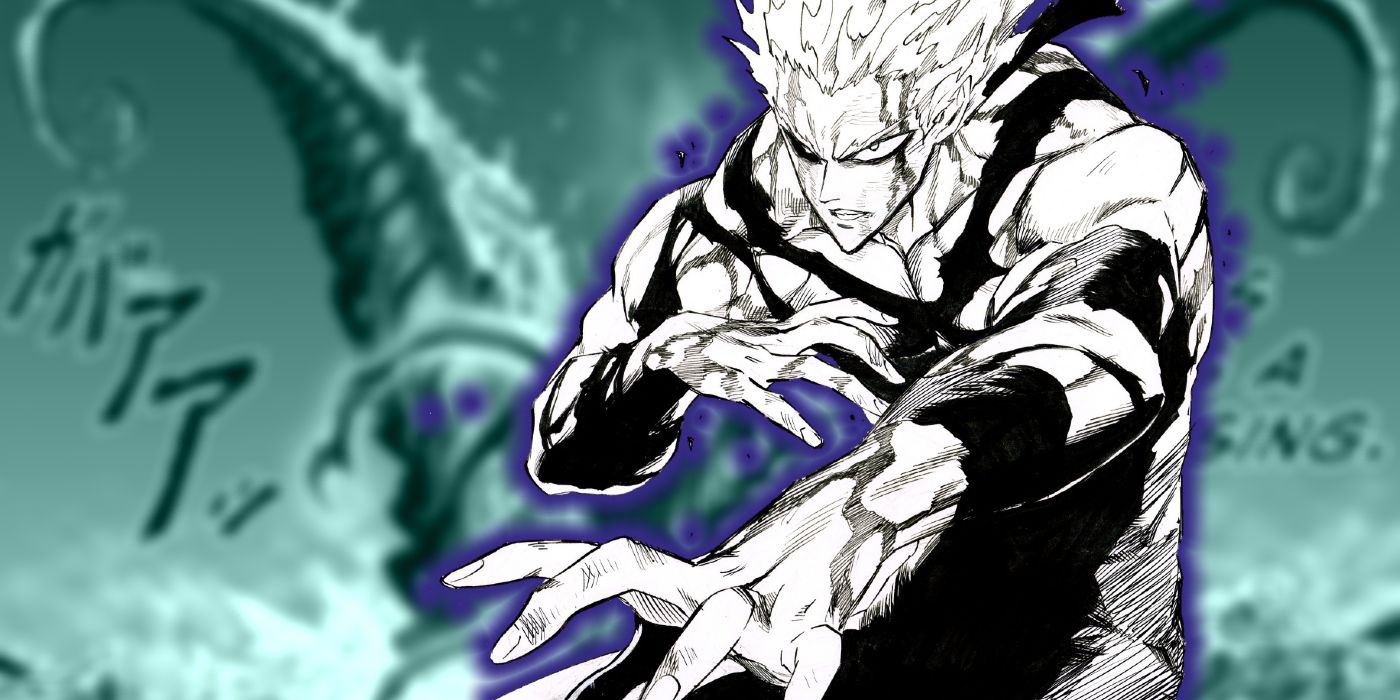 Garo has grown exponentially stronger through many fights, but One-Punch Man Chapter 159 reminds him of who he should have been chasing all along.

The following contains spoilers for One-Punch Man Chapter 159, “Source of Anxiety,” by One, Yusuke Murata, John Werry, and James Gaubatz, available in English via Viz Media.

A punchGaro has been trying to build up his strength since his debut and has undeniably become one of the strongest characters in the series. He constantly sought to fight strong opponents and managed to improve. He’s gotten to a point where even S-class heroes don’t fit him anymore. In chapter 159, however, Garo is reminded that even though he has reached unimaginable heights, he has yet to reach the true embodiment of power.

When Garo was first introduced in One-punch man, he was already a strong human who was able to easily defeat B-class heroes as well as dozens of criminals. His strength reached greater heights after facing S-class heroes, and more so when he was monstrous. Although he initially lost consciousness and sentience after being turned into a monster, he eventually regained his humanity and perfected his own form of martial art. Even so, Garo remains far from the strongest in the series.

After proving how strong he had become by splitting Centisennin in half with one hand, Garo assessed his current position. He thought the S-class heroes – who had been eliminated and had yet to appear – were down for the count, leaving no one else to stop him from achieving his dream. Although he knew it, he felt like he had forgotten something important – what he did.

When Saitama went to him, Garo didn’t recognize the hero. He thought Bald Cape was a little hero on a rescue mission, but he answered his inquiry by pretending to be a monster that would bring despair to all mankind. Saitama didn’t believe him, however, as he saw Garo kill Centisennin and save the helicopter full of humans. He ignored Garo’s chatter and turned to leave, saying there was nothing to do as he didn’t really look like a monster. Checked by this attitude, Garo launched a sneak attack – only to be sent flying by a single punch.

RELATED: Every Giant Centipede Monster In One-Punch Man (So Far) – & How They Died

Saitama sending Garo flying reminded him of his previous encounters with the hero, and he realized that the party he should have sought to fight was not the S-class heroes or the monsters. It was Saitama, who repeatedly defeated him with a single punch. Clearly, the Hero Hunter remains inferior to Bald Cape, but it’s also true that Garo improves faster the stronger his enemy is. It won’t be surprising to see him get another power-up or two during his fight with Saitama, though it’s highly doubtful he can – or ever will – defeat One-punch manis the overpowered hero.

Garo may have come a long way, but there are still existences like Saitama above him. His realization of Saitama’s identity will certainly lead him to challenge the hero, which will consequently result in the most anticipated fight yet. One-punch man.

DBZ vs. One Punch Man: A technique that would allow Goku to DESTROY Saitama