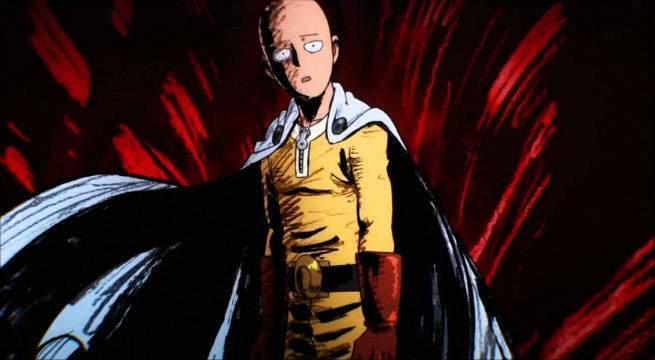 A punch is one of the most beloved series in the anime and manga fan community due to its well-written humor, well-scripted action, and character design that is easily translatable into any other art style.

The art, titled “Frugal Hero”, depicts Saitama nonchalantly buying fruit from the grocery store while Genos is stuck outside battling a tough demon. This also mirrors the first episode of the anime series where Saitama didn’t interfere in a monster attack until the monster destroyed the store he was shopping at.

Illustrator for the Weekly Shonen Jump version of the series, Yusuke Murata also regularly shares artwork that ignites the internet like his sketches of famous Dragon Ball characters. He previously shared a sketch of the second Genos series lead in a much cooler pose to celebrate the new chapter as well. Murata’s art is so great that he has also contributed to Marvel projects, even going so far as to draw an official poster for Spider-Man: Homecoming to commemorate its Japanese boxed release

For those who don’t know A punch, the series follows Saitama, a Joe who works steadily and one day puts a stop to a violent villain attack. After this fight, Saitama is inspired to become a hero. Training his hard body every day, he is eventually endowed with extreme strength. Looking for a worthy adversary, Saitama joins the Hero Association in hopes of fighting them. But every fight he engages in ends after a single punch! Forced to wander through life increasingly bored by his supreme power, Saitama has become hilariously disconnected from the action world around him.

A punch began life as a webcomic by series creator ONE in 2009. After it went viral, surpassing seven million views in June 2012, illustrator Yusuke Murata approached ONE to redesign the series for release in Shuiesha’s Young Weekly Jump derivative webcomics. Thirteen volumes in the series have been published to date.

VIZ Media purchased the rights to distribute the manga in English, and the series was later adapted into a 12-episode Madhouse anime series. The series first aired in Japan in 2015, then began airing in English on Adult Swim’s Toonami block in 2016. A second season of the series is currently in the works.