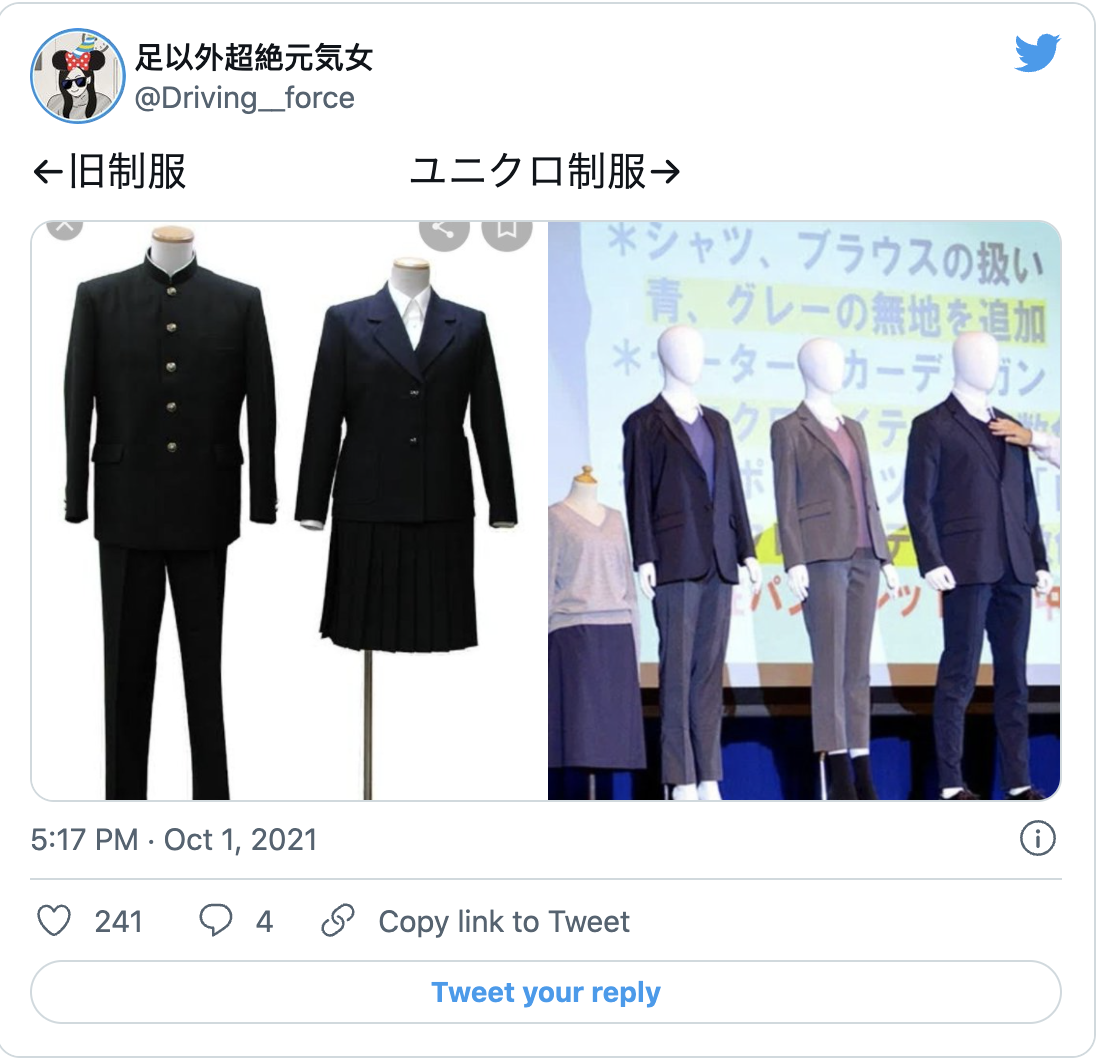 Among the topics that staff from Omiya Kita High School in Saitama City discussed with parents during their last orientation session was the school’s policy on uniforms. It’s pretty standard for Japan, as parents want to know what their kids will have to wear and where they can buy it.

And for the start of the 2022 school year, they may be able to buy their uniforms at Uniqlo.

As iconic as they are, Japanese school uniforms have some serious downsides, and the biggest one is their cost. In terms of price, buying a teenager’s school uniform is similar to buying a business suit, and so far parents of Omiya Kita students have lost around 40,000 at 60,000 yen for their children’s uniforms, which consist of a black gakuran jacket and pants for boys and a blazer and skirt for girls. “We started wondering if there was a way to get away from the assumption that uniforms had to be so expensive,” says vice-principal Kenji Tsutsui, and now the school is considering letting the uniforms cost so much. students assemble their school uniforms with items from Uniqlo.

Although Uniqlo is best known for its casual fashion, it also offers dressier items like blazers and dress shirts, which are always at affordable prices. The sets Omiya Kita envisioned would allow students to make a uniform for around 10,000 yen, a much smaller blow to the wallet than current uniforms.

Another potential benefit is that current 100% wool uniforms need to be dry cleaned, and the time and expense involved means that uniforms can go weeks or even months without being cleaned. Uniqlo’s fabrics are lighter and easier to wash, and probably also much more comfortable to wear in a hot and humid Japanese summer.

Omiya Kita is even considering the open-minded idea of ​​giving students some leeway in the exact colors they choose for their day-to-day uniform components.

Reactions to the proposal, however, were mixed on Twitter, with comments ranging from:

“When I was in school, I hated how hot my uniform was in the summer and that I couldn’t wash it when it was dirty or smelly.”

“Aren’t these Uniqlo outfits they put together a little lame?”

“I understand that parents think regular uniforms are too expensive, but what about kids who want to wear cute uniforms?”

“Uniforms are also a security measure. If the uniforms are made with commercially available items from Uniqlo, how will the school be able to spot an intruder? »

“The only people complaining about this idea are people who aren’t school students or parents.”

“I bet Workman will start making school uniforms next.”

Omiya Kita says he will leave the final decision whether or not to switch to Uniqlo uniforms to parents and students, but if that decision is made, the new outfits will become the dress code starting with the new academic year in April. .

– As eye-catching as they look, Japanese school uniforms can be extremely expensive for parents

— Petition to let students choose what they wear to school garners nearly 19,000 signatures

How fast is Saitama? – We have this cover