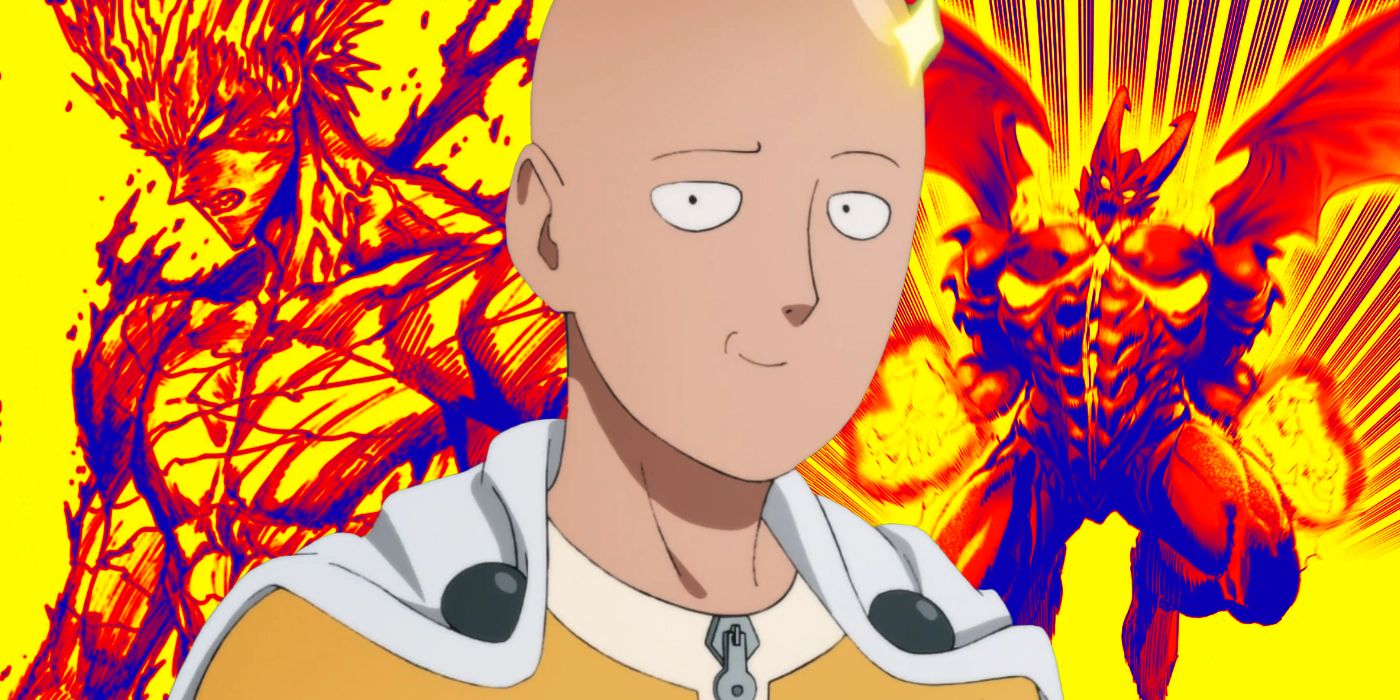 With so much time in the spotlight, the question of whether Garou is an anti-hero or a villain is often on fans’ minds, but Saitama has already decided.

As the long-awaited brawl between the ultimate budding monster Garou and the strongest secret hero Saitama continues in One-punch man, the question hasn’t been who will win as much as how far the fight will go. The final chapter offers an answer to that question by showing what Saitama thinks of Garou, even if that prospect only serves to exasperate him.

Chapter 161 of the English version (ch. 163 in Japanese) continued with the highly anticipated confrontation of Garou and Saitama, a fight that lasted over 100 chapters. How this fight will end is a bit of a mystery, even despite the existence of the One-punch man webcomic that has progressed far past this story arc. The manga has placed much more emphasis on Garou, to the point that he arguably shares protagonist duties with Saitama. It’s hard to imagine this fight ending with either character dying, and Saitama has made it clear that he’s not interested in killing a human, only monsters. Garou, on the other hand, seems to think knocking Saitama down is the only option, and he says he has no such constraints.

Next: Saitama Has Never Been The Ultimate One-Punch Monster’s Biggest Obstacle

As the two continue to fight in Chapter 161, Saitama points out throughout the battle that Garou’s actions haven’t exactly been that of a villain – actions like rescuing a child from the Monster Association or helping the heroes to fight the gargantuan Centisennin doing this looks pathetic. Despite what Garou might say or think, actions speak louder than words, and his actions since the appearance of the Monster Association have been largely heroic. The chapter then proves this point in hilarious fashion, as every attack Garou attempts on Saitama ends with another heroic deed: first, he blows up a pile of rubble and destroyed buildings, unlocking the exit to the emergency bunkers. and freeing dozens of survivors trapped inside. Then, as their fight brings them closer to a volcano that has been pushed to eruption by all the seismic activity in the area, Garou’s attack destroys part of the mountain, causing lava to flow from a nearby town and again saving hundreds of lives. The very universe of One-punch man undermines Garou’s badness at every turn, and nothing could anger him more than that.

Even back when he hunted heroes, Garou didn’t kill them – a fact that sets him apart from other similar hero hunting characters like my hero academiait is the stain. Although he views the heroes as corrupt or just bullies, he still spared them, which is definitely a non-villainous act. Its stated goal is a sort of nihilistic equality: everyone should be treated equally badly, and that’s preferable to a world where some (like heroes) are treated better than others. And One-punch man didn’t shy away from casting some of its best heroes as objectively evil people, with Metal Knight certainly high on the list due to its ruthless approach to the meteor incident. However, the heroes have improved throughout this arc, as has Garou, and this fact reveals the flaw in his thinking: things can get better without his forced equality of suffering.

A total face-heel turn to the side of good for Garou seems unlikely, but at the same time, it’s hard to imagine what the manga would be like now without his character. Whatever the future One-punch manwhat Garou’s manga has in store for Garou, he’s already been given enough proof that what he thinks he wants isn’t what he actually wants. All he has to do now is realize this fact and accept it.

Look for The man with one fist latest chapter available now in English on the Viz website.

Carlyle Edmundson is a news and feature writer with an affinity for science fiction and fantasy. He graduated from the University of North Carolina at Wilmington with a BS in Film Studies and is glad it’s relevant to his work. A lifelong anime and manga fan, he’s attended dozens of conventions over the years and may or may not have cosplayed there. I’m currently developing a retro-RPG themed visual novel, “Elven Revenue Service”.