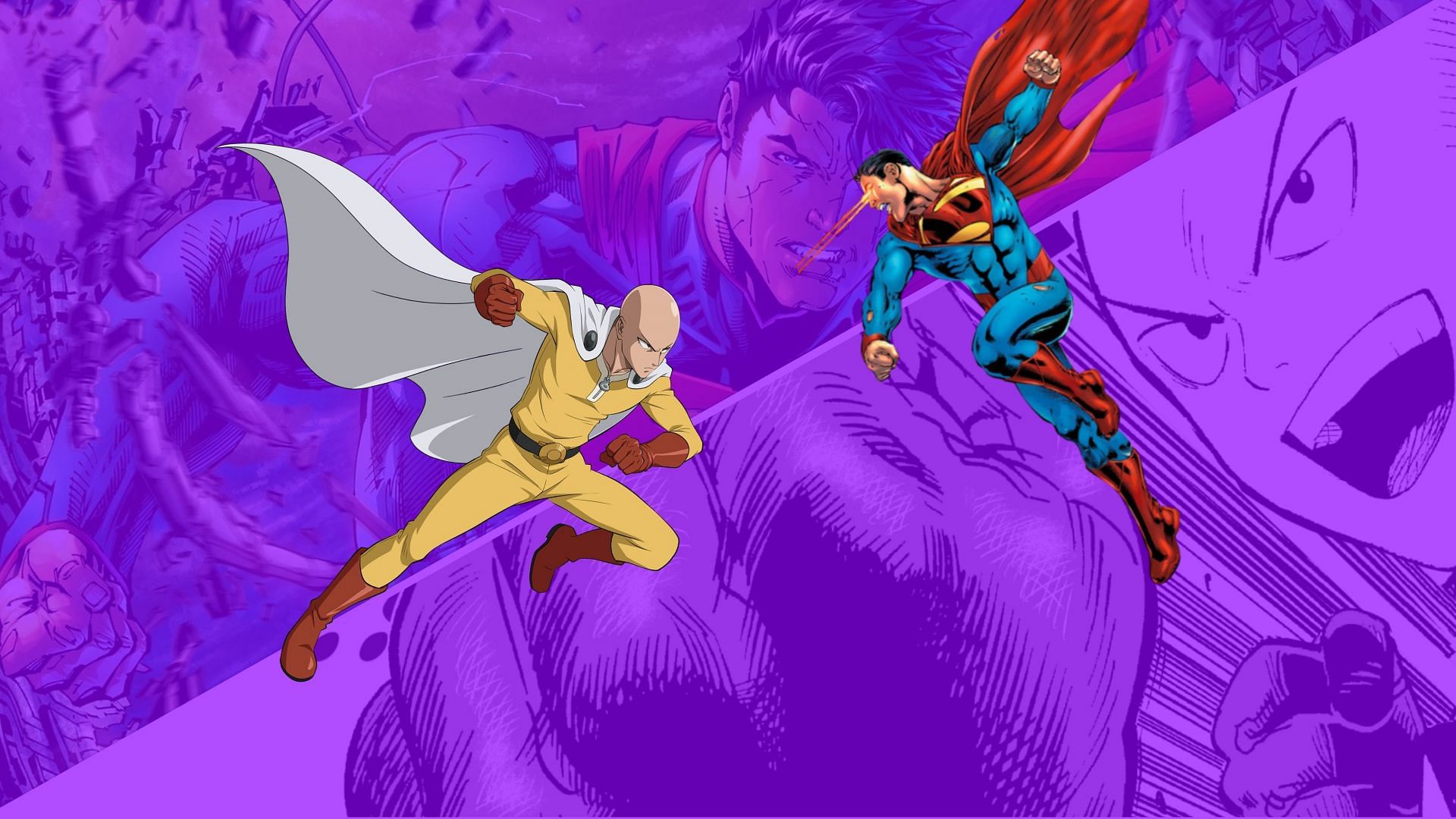 Saitama, the protagonist of the acclaimed series A punch, has often been compared to comic book icon Superman. This is due to the strength of both characters, who rank among the most powerful creatures in their respective universes. These comparisons have also been the source of much debate surrounding the idea of ​​a battle between the two.

While Saitama is known to be an unlimited hero with the potential to be the strongest, Superman has always been an icon of power and strength. If they were to face each other in battle one day, who would emerge victorious? The illustrious Superman or One Punch Man’s Saitama? Keep reading to learn more.

Warning: This article reflects the author’s opinion and contains spoilers for the One Punch Man manga.

Could Superman win against Saitama from A punch?

How powerful is Superman?

For decades, Superman has been the icon of what a true hero should be. Not only is he exceptionally strong, but he also has a pure heart that always pushes him to do the right thing. For this reason, we don’t often see Superman’s full power in the comics, as he knows he has to pull his punches against humans.

However, when he unleashes his power, his enemies tremble before his power. A single punch from Clark can wipe out entire cities, if not countries. He also has a plethora of powers that give him the edge in any battle he’s involved in, such as heat vision, icy breath, and flight.

All these powers come from the yellow sun that illuminates the Earth. As a Kryptonian, Superman is strengthened by the yellow rays with which our sun envelopes him. The longer and closer to the sun, the more powerful Superman becomes.

Besides being extremely strong, Superman is also one of the fastest heroes in the world. DC Universe. His speed alone is enough to reverse the course of time on Earth, making him able to appear at any point in time he wants.

He is also known for being able to move entire planets without help, as well as stopping giant meteors from destroying Earth. In terms of raw power, few characters in the comic universe have the ability to win a fight against the First Son of Krypton. Unless Kryptonite comes into play, Clark could easily win against many powerful opponents.

How powerful is Saitama?

After training day and night for many years, Saitama succeeded in destroying the human Limiters inside the A punch that the universe has had since its birth. This means that Saitama’s power is practically infinite, as he will never stop growing. This power was already powerful enough to destroy any opponent with a single punch at the start of the series.

As the series progressed, Saitama demonstrated that he possessed far more abilities than just power punches. His skin is tough enough to withstand attacks that would destroy planets; he can take a lava bath without complaining, and he is able to breathe and talk in space.

In the last arc of A punch manga, Saitama’s power and potential have proven to be far beyond what fans thought he possessed. Saitama completely destroyed Jupiter with a single sneeze. All this without even trying to cause harm to the planet.

This incredible power boost comes from Saitama’s lack of limiters. It was recently revealed that the stronger an opponent is, the faster Saitama’s power will adapt to overpower the enemy. The first to notice this fact was Garou, who realized that Saitama’s power increased exponentially as their fight lasted.

This means that if Saitama is not defeated during the first moments of the fight, he will eventually have the power to defeat any opponent with a single punch. And judging by the feats he accomplished during A punchit’s nearly impossible to beat Saitama before his power increases.

Who would win in a fight?

Clark Kent and Saitama proved to be not only incredibly strong, but also resilient and resourceful. During a fight, Superman is likely to have the highest power level during the first moments of the fight. However, as stated earlier, A punch proved that the longer Kal-El fights with Saitama, the stronger the bald hero will become.

Clark likes to hold his power against humans to keep himself from killing them. This means that Saitama will most likely have enough time for his Limiters to help him reach or exceed Superman’s power. After that, the fight would become a contest of endurance, with the toughest fighter being declared the winner.

Until now, we had never seen Saitama get tired during a fight in the A punch manga. However, we’ve seen Clark being outmatched by beings with more stamina than him several times in the comics.

In the end, unless Clark is able to defeat Saitama early in their fight, Saitama will be the clear winner. Not only does his limitless potential help him surpass Clark’s power, but he could also last longer in battle.

A punch is a series created with the idea of ​​what would really happen if someone became the most powerful being there is. Saitama’s lack of limits is what makes his character so dangerous, as there is no limit to his power. As we’ve seen many times in the comics, Superman is also incredibly strong, but he has limits to what he can do.

In the end, both One Punch Man’s Saitama and Clark Kent are simply heroes who want to make the world a better place. Having them fight is a fun experience, but no matter who wins, they’re always both amazing and iconic characters who represent what a hero is really about.