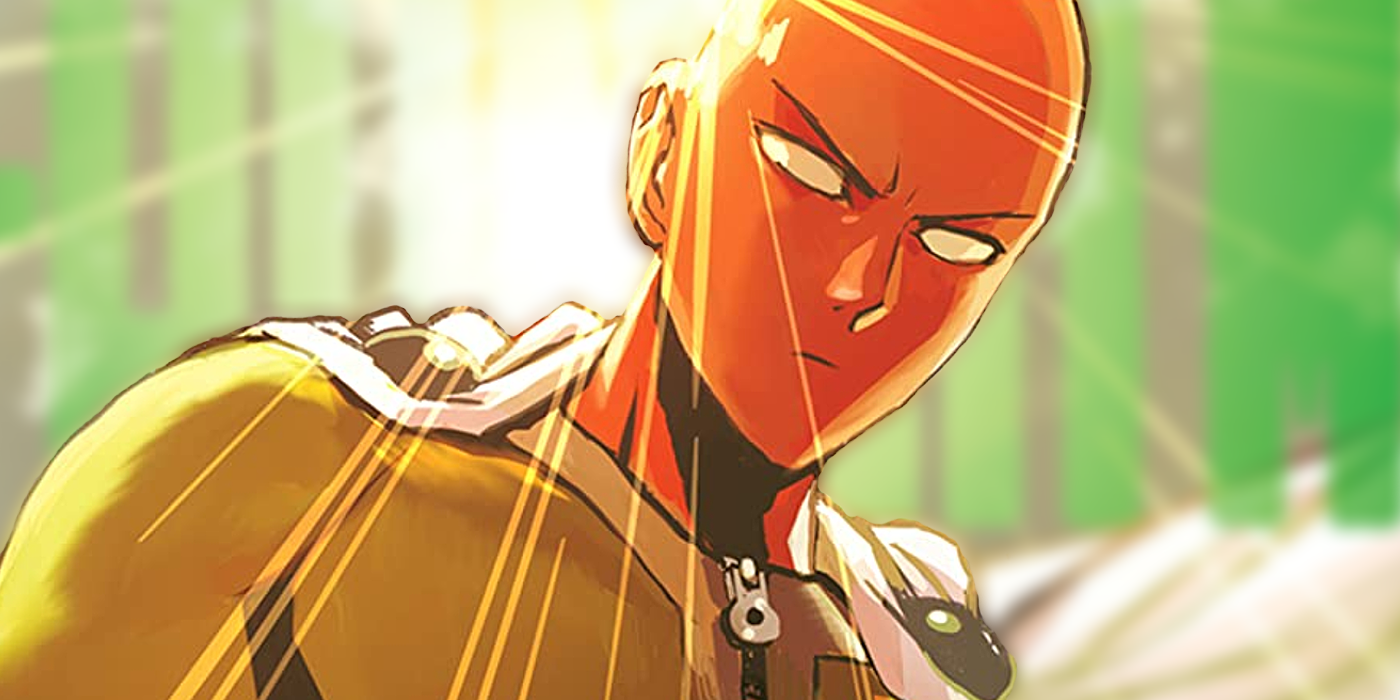 Saitama showed off his strongest and most ridiculous move in the fight against Garou in the webcomic, and it’s about to happen in the manga as well.

fans of One-punch man can barely contain their excitement as the biggest fight of the series has finally begun. The unbeatable “hero for hobby”, Saitama, faces the “Hero Hunter” Garou who has almost completed his transformation into a monster. Due to the original One-punch man webcomic, which already showed this part of the story, fans of the series know that during this battle Saitama will unleash one of his most devastating attacks, the absurd “Serious Table Flip”.

One-punch man tells the story of Saitama, an average man who became a hero “as a hobby” according to him, but in fact to follow his strong sense of justice. For unexplained reasons, Saitama has gained strength that goes beyond anyone and anything else in the world, leading to the annoying (for him) situation where he ends any fight with a single punch. Saitama’s ridiculous power is the basis of the manga, which is a parody of the superhero and shonen genres. The casting of secondary characters is crucial for One-punch manas these are the “regular” heroes who must fight off powerful monsters and opponents, often facing insurmountable odds, culminating in a climax where Saitama shows up and finishes everything with a punch, usually without anyone talking. notice it.

Over the course of the series, Saitama exhibited a series of attacks perfectly in line with the parody tone of the manga. They are divided into two groups: normal series and serious series. For the normal streak, Saitama puts very little effort into his attacks, which look very loose, but due to his tremendous strength and speed, they easily finish off their opponents. In Serious Series, Saitama still doesn’t put much effort into his attacks, but his face looks more serious. These movements are much more impressive than his “normal” movements: they have been shown to separate clouds on a global scale or split the ocean in two, but Saitama doesn’t really consider them something Special. So far, the digital manga has shown Serious Punch, Serious Side Hops, and Serious Squirt Gun. A fourth technique, and arguably the most outlandish, may be coming soon, based on the webcomic.

The webcomic has already shown the fight between Saitama and Garou, which just started in the digital manga. At one point, Saitama digs his fingers into the ground and uses “Serious Table Flip”, which essentially flips an entire section of the city they’re fighting thousands of feet into the sky. The film is so powerful and sudden that Garou’s sense of gravity and balance are severely affected, making him feel like a caged insect that a child is playing with. A Quora user calculated how much force this would actually require in real life, and it’s beyond belief.

One-punch man does a great job of creating an eerie but rewarding mix of feelings in his readers. They know that when Saitama shows up, his ridiculous power will overwhelm any current threat, however, rather than being annoying or disappointing, it creates even more expectation for when he shows his strength and humiliates the villain. The Serious Table Flip move was exactly one of those epic moments, and fans can’t stop talking about it and referencing it as one of Saitama’s most ridiculous, yet awesome moments.

The readers of the One-punch man the digital manga should be excited for when the Serious Table Flip is displayed by Yusuke Murata’s gorgeous art.

Cyclops Powers Get A Horrifying Twist In Mutants’ Raw Weapon