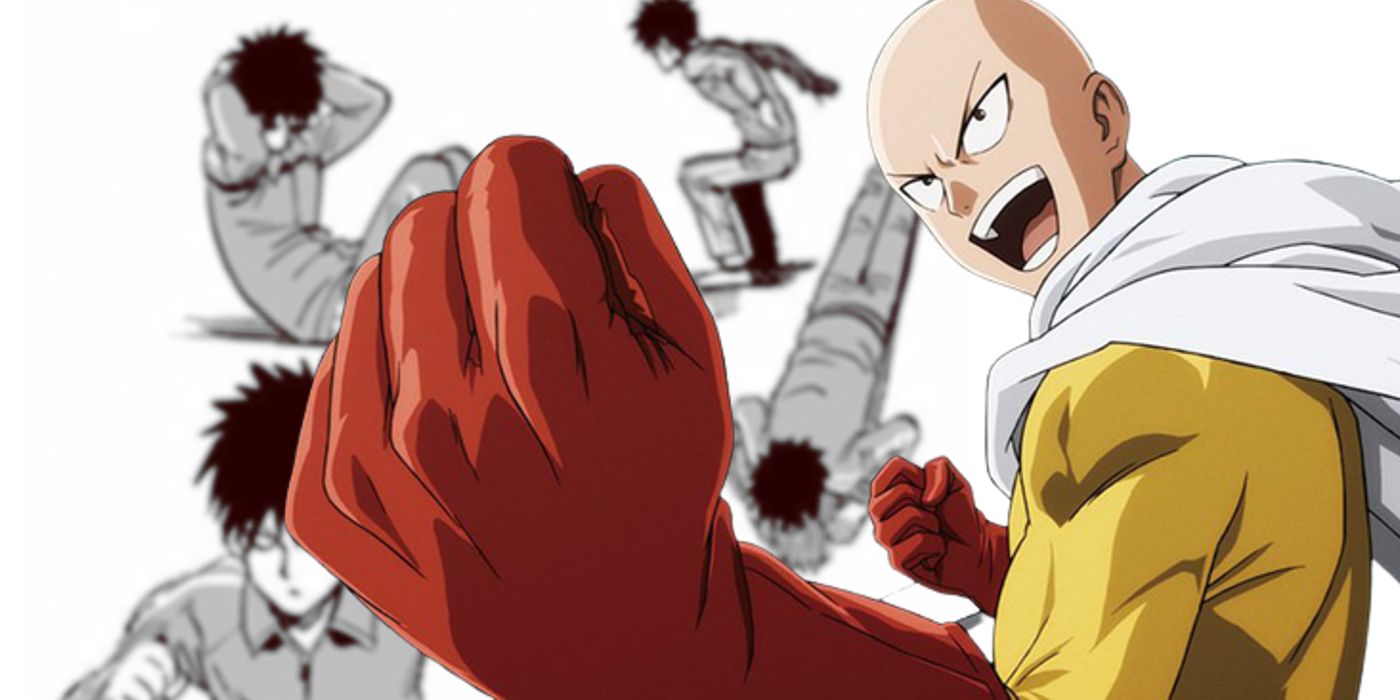 One Punch-Man fans have wondered about the secret of Saitama’s strength, but a theory laid out in the manga already explains it all.

The premise of A punch is that its protagonist Saitama is stronger than anything and anyone he could face. Because the manga started out as a parody of the shonen like, the reason why Saitama is so powerful has never been explained. However, a supporting character actually offered an explanation that makes perfect sense in the context of the manga’s more recent developments.

At the beginning of A punch, Saitama was a young unemployed man with a nihilistic attitude. He had no purpose in life and believed he would never find one, nor fit into society. After a chance encounter with a monster (also called “mysterious beings” in the manga), he recalls his childhood dream of being a hero and begins training every day. His “workout” is actually nothing spectacular, just 100 push-ups, 100 sit-ups, and 100 squats, and a 10k run, but he did it every day. After three years, he is so powerful that he can defeat any monster with a single punch. He then begins his career as a professional hero, but due to his excessive strength, nothing is a challenge for him, meaning he still struggles to find motivation or excitement.

Related: One Punch-Man: Saitama and Genos finally reunite in an epic colorful page

There’s no way that Saitama’s training explains his power: other professional manga heroes have trained more horribly and are far from his level. However, there is a theory that could explain it, offered by Dr. Genus, an evil ancient scientist whose experiments were destroyed by Saitama. After witnessing the hero’s power, Genus theorizes that Saitama may have removed something he calls “limiter”. After being defeated, Genus accepted Saitama’s teaching that the true power of humans is the ability to change and grow. However, Genus later adds that there is a limit to the growth of a being, human or monster, put there by God to ensure that one does not obtain unlimited power, thus losing all sense of purpose and mental health. Saitama was able to remove this “limiter”, but the true means remain unclear. It might be Saitama’s stubborn repetition of the same simple exercises every day for three years (which puts a huge strain on a human body), but when this workout regimen was revealed in the manga, it was intended as a comedy spot, so the reason remains unclear.

However, the “limiter” theory was exposed by Dr. Genus in chapter #89, long after he met Saitama and the “workout diet comedy bit” (in chapter #11), thus giving him a lot more credit. Also, the same theory was used by Psykos, the mastermind behind the Monster Association, who experimented to find ways to break the growth limit. His only success was the Monster King Orochi, who started out as a normal human being and grew into the strongest monster through a repeated process of near-death experiences. This was mentioned in chapter #94, proving that the “limiter pause” is actually an important and recurring concept in the manga. It also proves that there is a connection between the process of “breaking the limiter” and “monsterification”, a fact confirmed by the evolution of Garou, a martial artist who was transformed into an incredibly powerful monster by the same cheating process repeated to death.

It’s still unclear how Saitama managed to break his limiter, and why didn’t he lose his mind in the process. Was this simple training regimen enough to bring him closer to death each day? It’s also interesting that Genus mentions “lose all use“as a risk of gaining too much power: perhaps Saitama avoided losing his mind because he had very little purpose to begin with other than becoming a hero (a concept explored in the extra flashback chapter”200 yen“). Finally, Genus’ mention of “God“a reference to the mysterious all-powerful being who begins to appear as the main villain of A punch? Only time will tell.

Next: One-Punch Man Just Had His Avengers: Endgame Moment