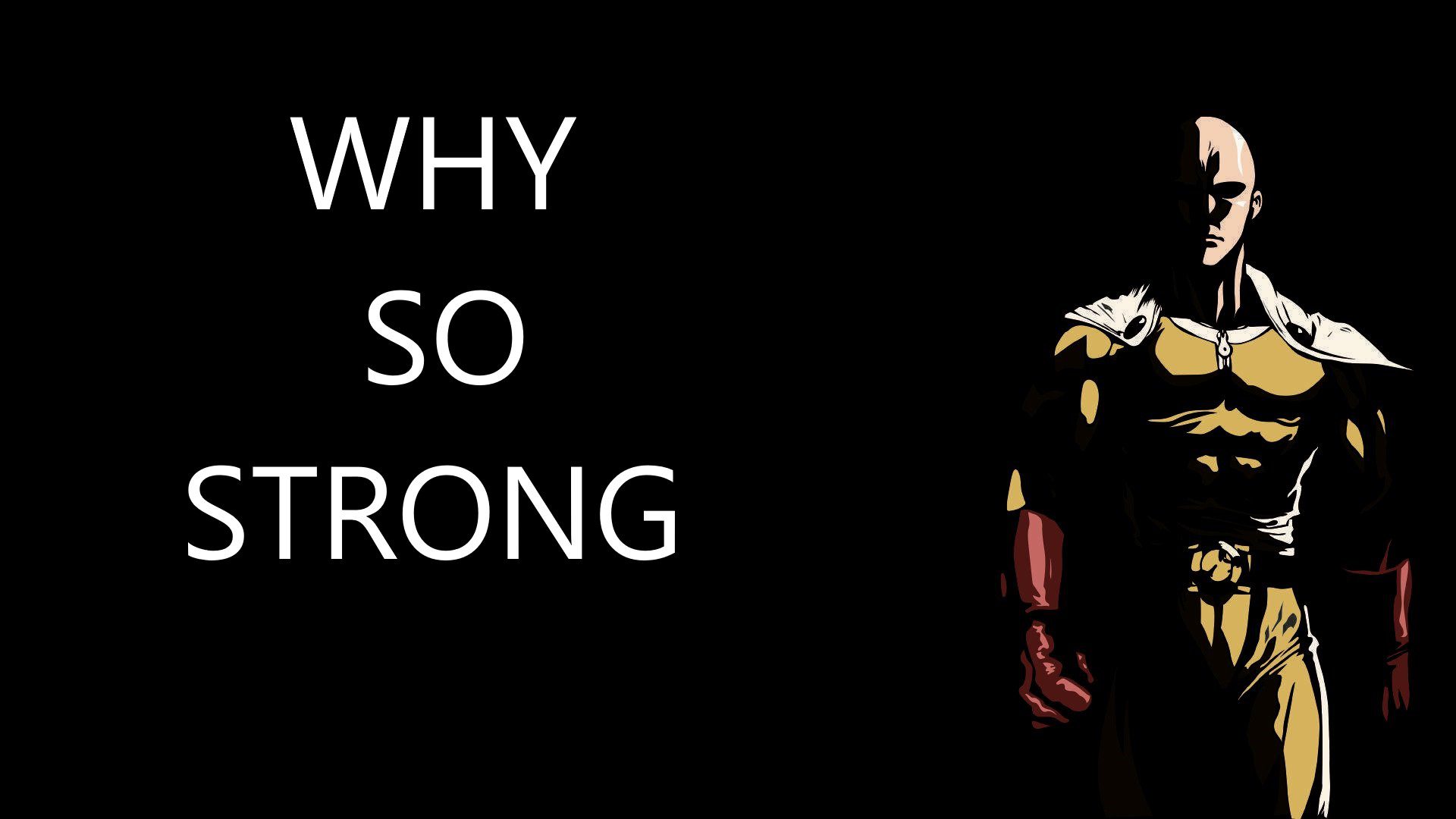 One-Punch Man is a popular Manga-based anime series of the same name, which is based on a web comic of the same name. The protagonist of this show is Saitama, a normal human who is skinny and bald. This is all a normal thing until he gets his costume back and becomes a hero. As the name suggests, this character can defeat anyone with a single punch, no matter if it’s a normal human being or an alien.

He comes from a place where monsters are everyday things and they roam all the streets. It also happens that there is a hero association that manages these monsters with the help of heroes registered under it. Saitama starts fighting monsters independently until he meets Genos and realizes that he can do this job for a living in the Hero Association. As the plot progresses, we learn that this world is infested with powerful monsters.

So let’s go and find out why Saitama is so strong?

The World of One-Punch Man

You may or may not have noticed, but the world of One-Punch Man is very different from a normal world. It has monsters roaming around every corner. The monsters themselves share a story that is sometimes unique and funny in a way. For example, the first monster Saitama encountered, Crablante, became like this after eating lots and lots of crabs. A monster turned into a car type because it customized itself.

So the main point that comes out of this is that if you do something repeatedly, whether you’re less passionate or more passionate, you become transformed into that thing.

One of the most basic theories regarding Saitama’s early life is that he’s definitely not a normal human. His training led to a storyline where we see Saitama easily defeat any monster with just one punch. The fact that why didn’t the main enemies of the Hero Association, the Monster Association (MA), take a stand on the discovery of the guy who eliminates all monsters in the ghost town Z-city? He usually finishes the monsters he encounters, which only leads to rumors. No one knew the true potential of this simple-looking hero.

Why is Saitama so strong then?

Well, the main answer is already given by the protagonist himself. As he stated, humans are so special because we can change ourselves. Only humans can devote themselves fully to anything if they want to. In one of the Manga chapters, we know the main reason behind this thanks to Dr. Genus, the guy from House Of Evolution. He said that Saitama’s strength was far beyond any human evolution through cybernetics or practical evolution.

What is the limiter?

Dr. Genus explains that every being has a limit to their growth. Too much power brings burdens to the bearer which creates problems, they might become a raging and senseless monster, that’s why God created every living being with a range of growth that ensures their sanity and survival. This growth restriction is called Limiter. However, Saitama pushed himself so far that he exceeded his limits and removed his limiter.

Moreover, he added that humans become monsters because of the desire to become something else through their bad habits, complexity, or an outburst of unfulfilled frustration. They begin their transformation due to their environment causing an abnormality in their cells. At the same time, others are made thanks to the Power of chemicals as well as his research. Many cases of non-human lifeforms becoming monsters due to pollution and the like have also been discovered. However, they become completely different beings that have nothing to do with his Limiter being removed.

Examples of this would be sea people or extraterrestrial monsters in a broader sense, but they were such sentient beings to begin with. In the case of heroes, they are born with enough potential, genius intellect, and Esper powers. But Saitama is different. He is a regular who paved the way for limits and broke his LIMITER. He’s not the only one who’s broken the fundamental limits of the human power limit, but Saitama is considered far stronger than any other being seen in the series to date. There’s a lot more to explain the origin of Saitama’s powers.

Goku vs. Saitama has already been settled by One-Punch Man