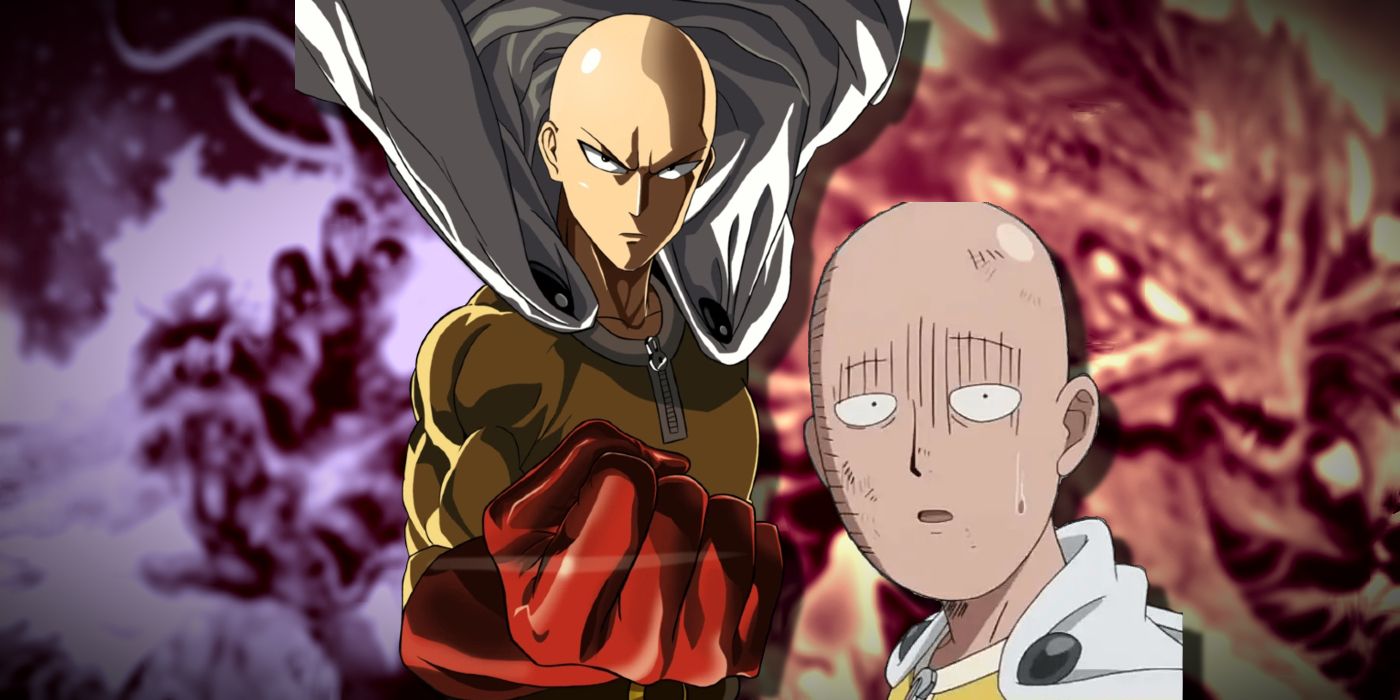 One-Punch Man finally reveals what might be the only weakness of its superpowered protagonist, Saitama. But will Garou be able to exploit it?

The hit manga One-punch man finally revealed what might be its superpowered protagonist’s only weakness, Saitama. While possessing the power, speed, and stamina above anyone and anything that has appeared in the series, Saitama lacks technique and proper combat training, which is exploited by his opponent the most powerful to date, the “Hero Hunter” Garou.

fans of One-punch man know that this unique twist on the fighting shonen genre is built around the principle that its protagonist is stronger than everyone else. Saitama’s absurd power is often used in the series for comedic purposes, but it also caused this hit manga by One and Yusuke Murata to develop its storytelling in unusual ways. Most of the time, One-punch man is a superhero-themed shonen, depicting the Hero Association’s professional heroes’ battles against various monsters. The “regular” heroes must struggle to beat their opponents, usually coming to the brink of defeat, until Saitama shows up and completely humiliates the villains. The series also put a lot of effort into creating an antagonist Garou, a martial artist who, pushing his body beyond its physical limits every time, gains incredible power that makes him the manga’s most dangerous villain.

After a long build-up, the long-awaited fight between Saitama and Garou has finally begun. Like everyone before him, Garou is shocked by Saitama’s ridiculous strength, but is quickly able to find a way to deal with it. Chapter 163 shows that Garou’s fighting style is actually throwing Saitama off his game, to the point where the bald hero has to admit that “the strange way“Garou’s moves cause him to miss his shots. For his part, Garou recognizes Saitama’s superior physical abilities, but he is still convinced that he can win due to his opponent’s lack of technique. As a master martial artist , Garou can predict Saitama’s movements and exploit his many openings.

Saitama, in fact, has no combat training. He relies on his monstrous physical abilities to win fights, and his so-called techniques are nothing more than regular punches or basic movements. Garou, on the other hand, has developed his own unique fighting style, the Monster Calamity God Slayer Fist, the amalgamation of the many styles he learned and absorbed during his fights. Garou’s former master, 3rd Rank S-Class Hero Silver Fang, once demonstrated how an extremely refined martial art can allow an ordinary human to defeat a monster with superior physical qualities. In this case, Garou also has a “monsterized” body – which continues to evolve as the fight progresses – so he has the perfect combination of power and technique. Finally, he is aware that no matter how strong Saitama is, his internal organs can still be damaged, and that’s what he aims for.

However, despite Garou’s best efforts, Saitama is still toying with him, holding back his power and firing his punches, as he has already realized that Garou isn’t actually a monster. Saitama doesn’t fight to kill, as he does against ordinary monsters, but to make Garou realize his mistakes. In the original webcomic published by One, Garou was the only enemy that made Saitama look a bit serious, but he was still completely defeated in the end. It will be interesting to see if the digital manga will follow the same story or, as has happened in the past, take a different direction. Regardless of the outcome, Garou correctly identified that Saitama’s only weakness (besides being terrible at video games) is his lack of technique and martial arts training. Perhaps a future adversary, even stronger than Garou, will be able to exploit Saitamaeffectively the weak point, and finally give the bald protagonist some One-punch man the challenge he has dreamed of for so long.

Batman Beyond’s Version Of Catwoman Would Destroy The Original